Police last night seized a stockpile of 609 gelatin sticks enough to blow up a four-storey building, 200 detonators and coils of wire from a house in a congested neighbourhood in the heart of Siliguri and arrested three Nepal citizens.

The police identified two of the arrested persons as Dawa Tshering Bhutia, alias Dawa Gurung, and Puja Limbu, his wife. An associate of the couple, Krishna Prasad Adhikary, was arrested first. After questioning him the couple were arrested.

The police have said the couple - Dawa is 50 and Puja 44 - used to work in coal mines in Meghalaya. They had moved to Siliguri three months ago and taken a room in a two-storey house on rent in the Rail Gate area of the town.

Police sources said the trio wanted to sell the stockpile of explosives, the detonators and wires and were on the lookout for customers.

The police suspect that the trio got the explosives either from the coal mines in Meghalaya, where the couple worked, or from Nepal.

Adhikary was from the Panchthar district of Nepal and the couple from Khanpari.

A police source said that after the force was tipped off, some policemen, posing as interested customers, approached Adhikary and arrested him.

The house the couple stayed in is in ward 46 of Siliguri town, a combination of brick houses and shanties. Adhikary stayed in a different house in the same Rail Gate neighbourhood, near Darjeeling More .

Last night's explosives haul was the biggest in Siliguri town in the last six to seven years.

In April 2008, similar seizures were made at three locations in Siliguri after three suspected bomb makers, also from Nepal, died while making improvised explosive devices.

About today's arrests, C.S. Lepcha, the commissioner of Siliguri, told a news conference: "We acted on information provided by our sources and conducted the raid. Three persons were arrested in this connection. We have also seized several gelatin sticks, detonators and wire. All of them are citizens of Nepal."

Lepcha said that preliminary investigation showed that the couple "used to work in a coal mine near Shillong. We need to interrogate them to obtain more information."

"Such explosives are used in coal mines. As these people have worked in such a mine in the Northeast, there is a chance that they stole those from a mine. Also, they could have obtained such stuff from Nepal and smuggled it in. But their intention, we suspect was to sell the items," a police officer said.

Asked about the intensity of the blast if all these explosives are put together and detonated, the officer said: "It is tough to make a precise assessment but if all these gelatin sticks are used together, it could bring down a four-five storey building. Added to it, there is always the chance of more indirect damage to neighbouring buildings."

The trio were produced in the additional chief judicial magistrate's court today. Charges under IPC sections 285 (negligent conduct with respect to fire or combustible matter) and 286 (negligent conduct with respect to explosive substance) were slapped against them. They have also been charged under the Explosive Substances Act dealing with attempting to cause explosion, or making or keeping explosives with intent to endanger life or property.

"The court heard the case and ordered seven days' police remand to all three of them," court sources said.

The trio face imprisonment of up to 10 years if proved guilty. 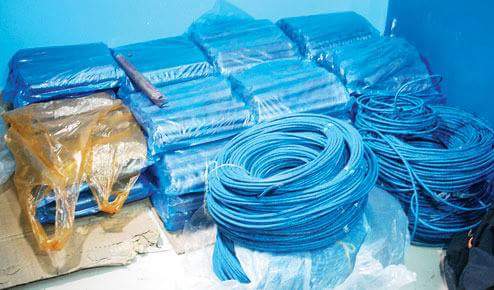 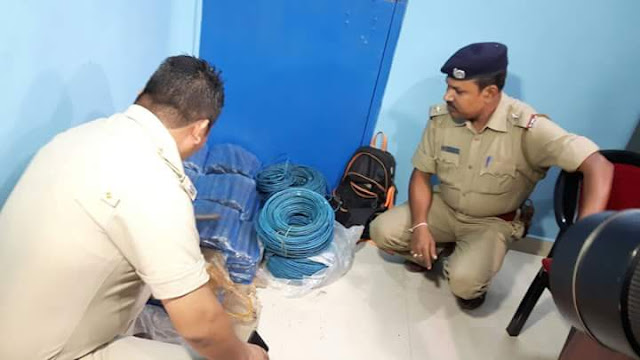 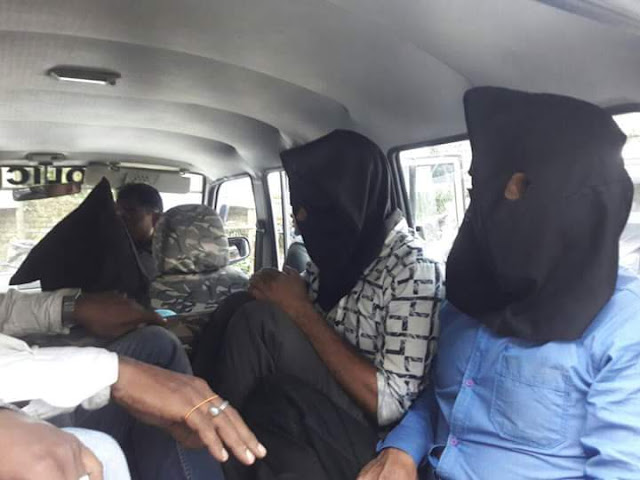 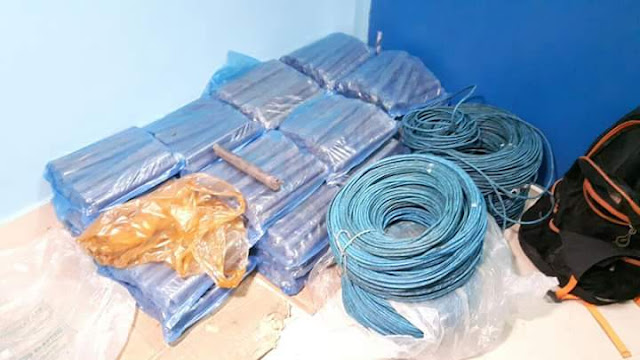