Hey good folks, we are most THANKFUL to all the kind people whose help and support has made it possible for Heera - the horse in Mirik to walk again.

Yesterday we had reported how Heera had been left to die by its owner, and how Darjeeling Animal Shelter had declined to help.

Following our reporting, we contacted Ms. Triveni Shukla - one of TheDC's/ILS team members from Sukna and requested her to find an animal rescue team. She contacted renowned animal rights activist from Siliguri Ms. Poonam Gupta, and Dr Joy, who agreed to come to rescue the horse.

In the meanwhile Darjeeling Animal Shelter contacted Mr. Arbin Angla Subba who was taking care of the horse and informed him that they are on their way. We are not sure if our reporting spurred them into action, or if they did so following a request by Mirik Municipality, but whatever be the reason they were headed for Mirik.

After knowing this, Arbin told the Siliguri team not to come to Mirik.

Arbin and his friends Prashant Lama and Mr. Yonden Lama (who incidentally had his birthday yesterday) asked around Mirik and found the horse owner. The owner informed Arbin that he had been away from home for the past one month and had deputed care to one of his helpers who had left HEERA, who is only 4 years old, tied to a place to fend for itself. The owner said, he had been searching for the horse for past some days.

In the absence of proper food and care, Heera had become weak over time and had collapsed, when Arbin found him.

Once the people from Darjeeling Animal Shelter arrived they tendered first aid to the horse, and they said the horse had collapsed due to weakness, and that all his wounds were external.

After the administration of 1st aid and being fed properly by Arbin and his friends, they tried to lift the horse on its feet, but it collapsed again...

However, on the 2nd try the horse could stand with the help of a bamboo pole and later could walk.

We are so so very THANKFUL to Ms. Arbin, Mr. Yonden and Mr. Prashant who took care of the horse, and informed us.

We also Thank, Ms. Triven, Ms. Poonam and Dr. Joy for being ready and willing to help...

We Thank, Darjeeling Animal Shelter for coming to Mirik and taking care of the horse...

And most important of all we THANK all of our readers and concerned individuals who called Arbin and extended their support as well as suggestions.

GOD BLESS YOU ALL!! 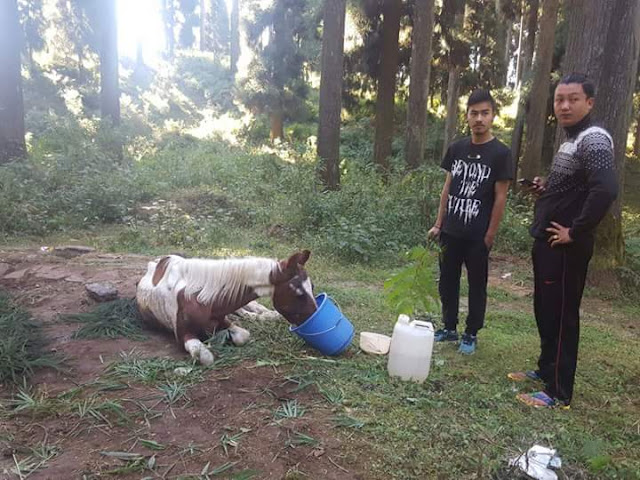 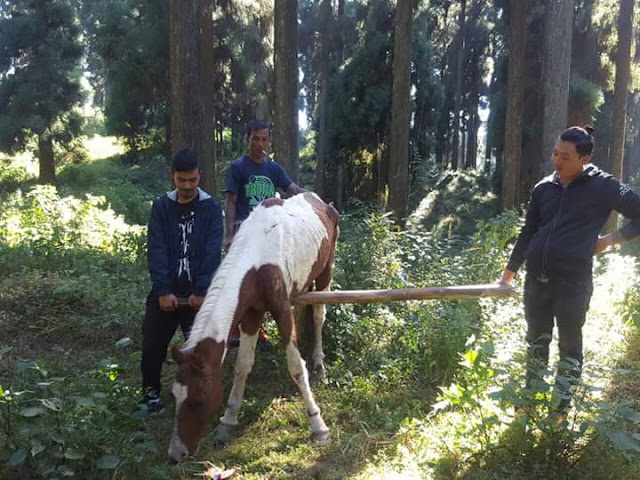 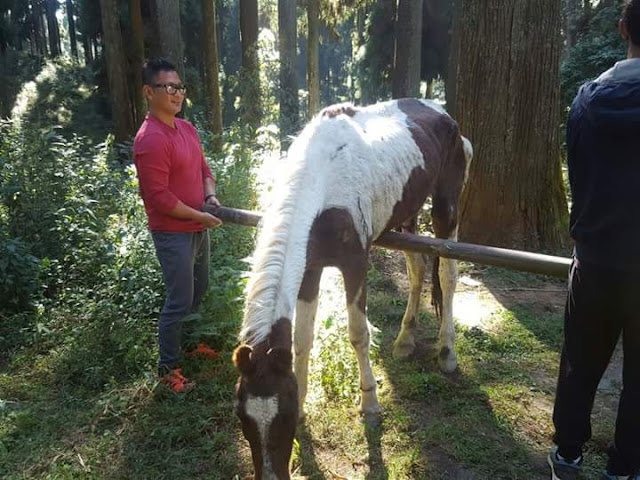 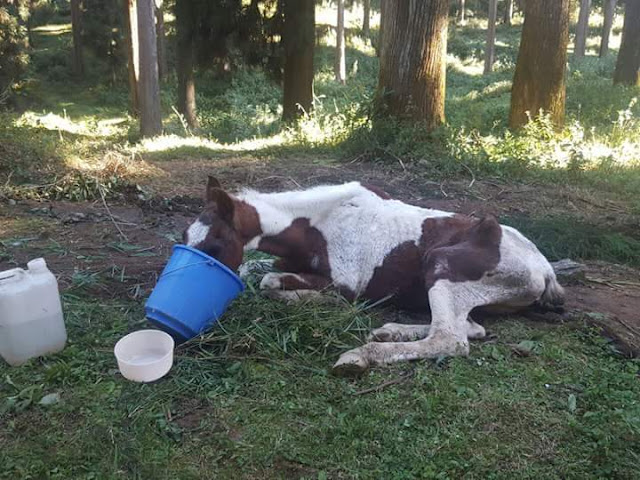