- November 02, 2016
A gas leak from an overturned oil tanker at Mainaguri area in Jalpaiguri district has led to snapping of roadlink between Dooars and Assam and Bhutan, with NH 31 being closed for several hours. The Oil India tanker overturned in front of the BDO office at Mainaguri along NH 31 on Tuesday night leading to the leakage of gas. Electricity was cut off in the area as a preventive measure and efforts are on to cap the leak. Vehicles were stranded on the National Highway and road communication between the Dooars and Assam and Bhutan was snapped. Fire brigade personnel from Mainaguri, Malbazar and Jalpaiguri capped the gas leak on Wednesday and efforts are on to put the tanker back on its wheels, fire brigade sources said. Small vehicles are being allowed to ply on the National Highway. A similar incident was reported last month when a gas leak caused by an overturned oil tanker forced people to flee from their houses. They were even barred from liting fire. 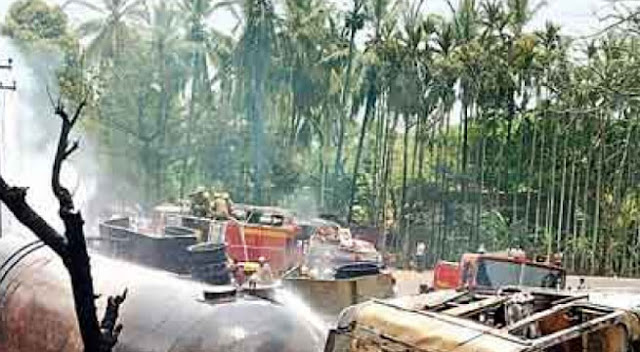