A 29-Year old man has been arrested by Rangpo Police following recovery of substantial amount of contraband drugs from his possession.

The individual,identified as Amardeep Limboo, R/O Sombaria, West Sikkim, A/P Tathangchen, Gangtok was intercepted by plain cloth personnel of Rangpo Police Station at Rangpo Bazaar yesterday afternoon. He was found roaming around in a suspicious manner in front of a fast food centre at Rangpo after parking his private Wagon R bearing registration no. SK01P4755. Search of the individual and vehicle led to recovery of 270 capsules of Spasmoproxyvon from his alleged possession and vehicle.

A case under relevant section of Sikkim Anti Drugs Act, 2006 has been registered against the accused.

Further, he was also previously involved in a SADA case at Melli Police Station. 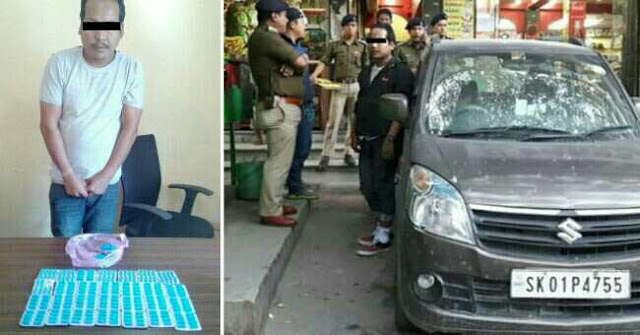