- November 08, 2016
Darjeeling MP and state Parliamentary Affairs Minister S S Ahluwalia has written to External Affairs Minister Sushma Swaraj seeking her help in ensuring speedy return of the body of a Gorkha jawan who died in Congo last week.
Ahluwalia told The Indian Express he made the request after receiving a complaint regarding the inordinate delay from the family, who were waiting to perform the last rites of their son.
“I had received news from Kalimpong that the family was harried and then spoke with the father. “Since this was a foreign posting, there is a certain amount of protocol involved. I will be following it up with the defence ministry as well,” he said.
22-year-old Brijesh Thapa of the 4/5 Gorkha Rifles was posted in Jammu and Kashmir earlier. After completing a month of training in Delhi, he was posted to Congo on July 18, where he was a part of the United Nations peacekeeping force.
“We received a call from the Army on November 4 at 11 am informing us that my brother had died in a freak accident. He was taking a bath and died after an electrical line burst. He was electrocuted,” said Varshana Thapa, the jawan’s sister.
“We can’t really understand what the delay has been about. Not just us, the entire village has been waiting for the return of the body,” she added, saying that Thapa’s family — who live in Tayang Dang Basti in Sinjee, Kalimpong district — had received no further information since that call.
Ahluwalia’s letter to Swaraj says, “Nobody has called to give them (the family) information or to console them. Please make necessary arrangements to bring the body back to Kalimpong at the earliest to give due honour to the jawan and so that the family can perform last rites.’’ 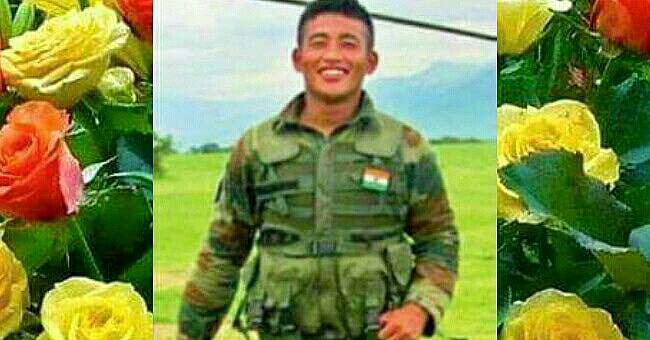