Pakyong Police on Sunday recovered 38 bottles of contraband cough syrups from a dry field at Pachey-Phirphiray, Pakyong. The drugs were found concealed near a tree stump in the field. Accordingly, a case under relevant section of Sikkim Anti Drugs Act, 2006 was registered against unknown person.

Later, at about 8.30 pm, one Sanjay Pradhan (32) of Chandey, North Sikkim was spotted therein in a suspicious manner and his rented room at Pakyong was visited in presence of witness. Search of his room led to recovery of 4 bottles of contraband cough syrup, 74 capsules of Spasmoproxyvon and cash Rs. 26,000/-. During interrogation, he confessed to have concealed the cough syrups recovered earlier.

The accused was also previously involved in SADA and Theft cases of Sadar Police Station. 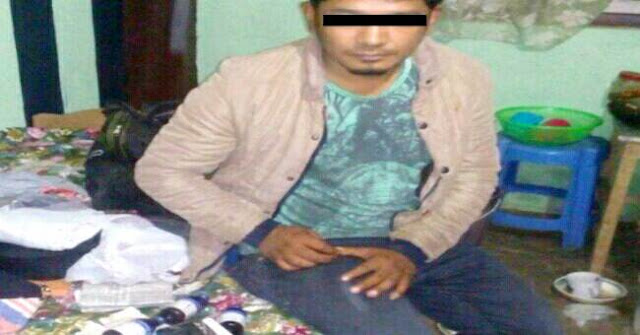