- November 01, 2016
A Class 11 student from Bengupara village of Rajganj block of Jalpaiguri district near Siliguri,committed suicide on Sunday morning by hanging herself in a bamboo grove after being humiliated and tagged as a thief by a local kangaroo court in West Bengal’s Jalpaiguri district. Pinki Khatoon’s relatives alleged on Monday that she was tagged as a cell phone thief by the kangaroo court on Saturday. Pinki’s uncle Moslen Haque said.“She was falsely accused of stealing a mobile phone from neighbouring Bholapara village. The members of the kangaroo court led by local Trinamool leader and panchayat deputy chief beat her up and threatened her of dire consequences if the phone was not given back.” He added.“She could not take the humiliation in front of so many people. We will lodge a police complaint against the tyranny of the kangaroo court,” he added. The district police said they did not receive any complaint about the kangaroo court regarding the suicide.They said investigation would be carried if once a formal complaint is lodged. A senior officer at Rajganj police station said.“The girl appears to have committed suicide. An autopsy is being done. But we don’t know why she took the drastic step.” He added. “We haven’t received any complaint about a kangaroo court being conducted at the girl’s house. Investigation would be done if a formal complaint is lodged by her family members.” (file pic) 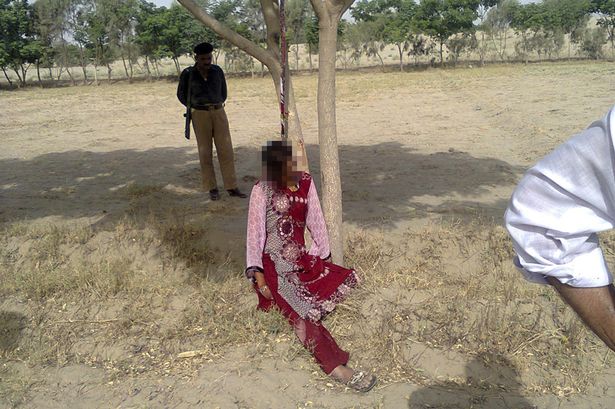