Mamata Banerjee tonight demanded the withdrawal of the Centre's "draconian" decision to scrap Rs 500 and Rs 1,000 notes, tearing into Narendra Modi for staging a "drama" to divert attention from his "failure" to bring back black money from abroad.

"WITHDRAW THIS DRACONIAN DECISION," the Bengal chief minister tweeted in block letters - to suggest her rage - capping a series of posts on Twitter.

The Trinamul chief was among the first non-BJP leaders to condemn the decision.

Sources in her party said Mamata initially found the decision difficult to believe but later was "furious". She instructed senior party MPs to launch an "all-out" attack on the BJP-led government.

"She does not believe Modi can get away with something like this. She said it would be struck down or stayed immediately by the judiciary if someone filed a PIL," said a senior minister.

In a statement to a Bengali news channel tonight, Mamata called for Modi's resignation and the imposition of President's rule, saying the government had lost its right to rule after such a decision.

"This is a financial emergency. The Prime Minister should resign, taking full responsibility. The President should take charge," she said.

Taking to Twitter about an hour after Modi's address, Mamata posted: "The PM could not get back the promised black money from abroad from the rich so a drama to divert his failure...

"Heartless and ill-conceived blow on the common people and the middle class in the fake name of anti-corruption.

"I want to know from PM how my poorest brothers sisters, who've received their week's hard earned wage in one Rs 500 note will buy atta, chal, tomorrow?"

Raising several queries, Mamata termed it a financial "disaster" unleashed on the people. "While I'm strongly against black money, corruption, (I am) deeply concerned about common people, small traders. How they will buy essentials tomorrow? This is a financial chaos and disaster let loose on the common people of India," she tweeted.

"Rs 100 notes not available in banks. Without availability in market how will people, small farmers, all employees, labourers purchase essentials?"

The BJP dismissed Mamata's attack and reiterated its allegation of Trinamul's involvement in the Saradha scam.

For a change, Mamata and the CPM were on the same page, with the Left party's state secretary Surjya Kanta Mishra echoing her on Twitter. "The desperate announcement of the PM tonight is to hide the frustration of failing miserably to bring back the black money from abroad in 2.5 years.

Former Bengal finance minister and CPM leader Asim Dasgupta said the Centre should have been ready with fresh notes for circulation a month before making the decision public. "Then this chaos could have been averted," said Dasgupta.

Congress chief spokesperson Randeep Surjewala slammed Modi's move as "a ploy to cover the failure of his promise" to bring back the black money stashed abroad.

Another Congress spokesperson Manish Tewari termed it an "insane move" of a modern-day Tughlaq, referring to the 14th century ruler whose experiment of minting coins with base metals instead of gold ruined the economy. (Telegraph) 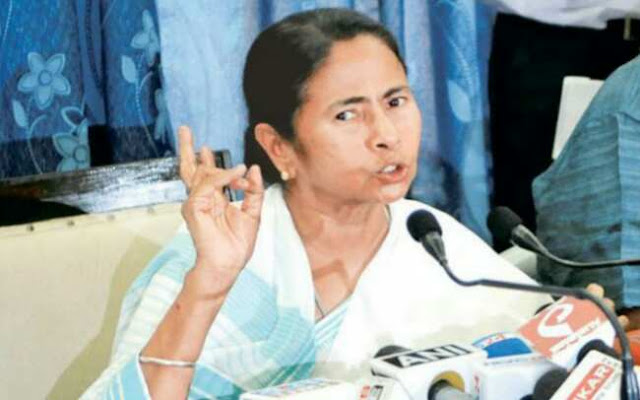