- November 03, 2016
Petroleum dealers in India will not make purchases from the oil marketing companies (OMCs) on Thursday but continue to sell fuel and will go on a full-fledged strike on November 15 to protest against their declining margins, a representative said on Wednesday. “All India Petroleum Dealers Association (AIPDA) has already launched a pan-India protest. Petroleum dealers will observe no purchase strike on Thursday (November 3) and we will neither buy nor sell oil on November 15,” said AIPDA’s West Bengal unit General Secretary Saradindu Pal.


“We have been saying to increase the dealers’ commission to 5 per cent from the existing rate of 3 per cent,” he said. Dealers also alleged that oil companies are not making adequate efforts to spread awareness for ethanol blended petrol and demanded rationalisation in transport tender, he said. Around 53,500 petrol pumps across the country have been participating in the ongoing protest. As a part of the continued agitation, dealers had already undertook a token “blackout” protest on October 19 and 26 for 15 minutes between 7-7.15 p.m. 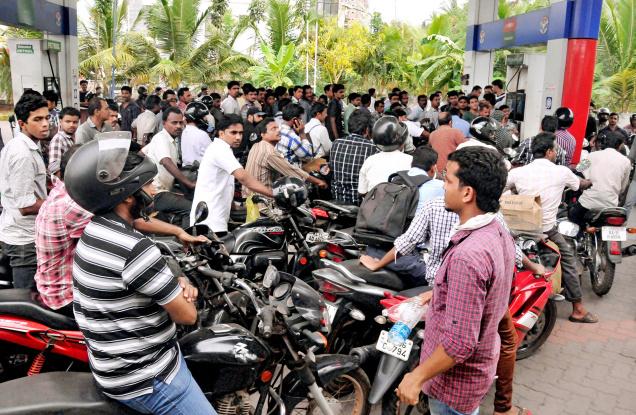