600 gelatin sticks and 200 detonators seized from a house in Siliguri, 3 arrested

A huge cache of explosives and detonators were seized by police in Siliguri in North Bengal, where it arrested three Nepali citizens including a couple.

Bringing back memories of Khargragore in Burdwan, the explosives were seized from a rented house where the couple lived.

Sleuths did not rule out connection with terrorist organizations and further probe is on.

C S Lepcha the commissioner of Siliguri Police said “Dawa Tshering Bhutia who also goes by another name Dawa Gurung (50), his wife Puja Limboo (35) and Krishan Prasad Adhikari all from Nepal have been arrested.”

Though Lepcha did not disclose whether they have any link with militant and terrorist organizations, she said the arrested persons were working in a coal mine at Shillong in Meghalaya before they came to Siliguri about six months back.

The seizure of such a large number of gelatin sticks and detonators came in the wake of intelligence reports that terrorists might strike in and around Siliguri located in the chicken neck having close proximity with countries like Nepal, Bangladesh and Bhutan.

Police said Dawa and his wife Puja were running a fast food shop near Darjeeling More while Krishna Prasad was working as a security guard. Police Commissioner said the trio would be produced in a local court here and Police would seek their police remand for further interrogation.

Khagragore blast which took place in Burdwan on October 2, 2014 blew the lid of JUMB network, apart from indoctrination centres and arms making hub in West Bengal.

Couples with children were using a rented apartment in the area as a bomb making factory. 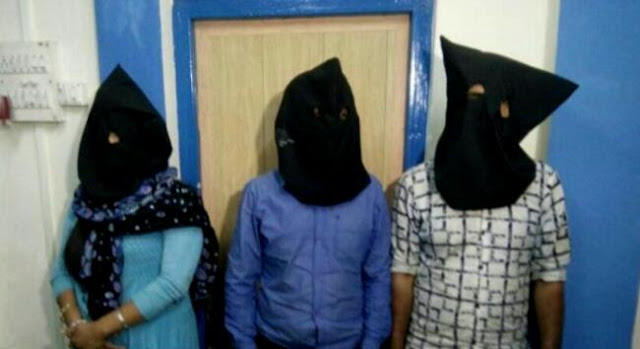