We are sad to share the news of the death of a Gorkha jawan Brijesh Thapa of 4/5 Gorkha Rifles. He was only 23 years old, and had joined the army in 2011.

Late. Brijesh Thapa is a resident of Dong Syaprung under the Samalbong GP in Kalimpong. He had come home for 15 days, two months ago and had told his father that he would build a house once he got back from Africa.

After his holiday, Brijesh was selected to be a part of the UN Peacekeeping force and was posted in Congo. According to army sources, he got electrocuted while taking a shower.

After hearing the news of his demise, his entire family, friends and neighbours are in a state of shock.

We extend our heartfelt condolences to the bereaved family, and pray to God to grant them with strength to overcome this unbearable loss. 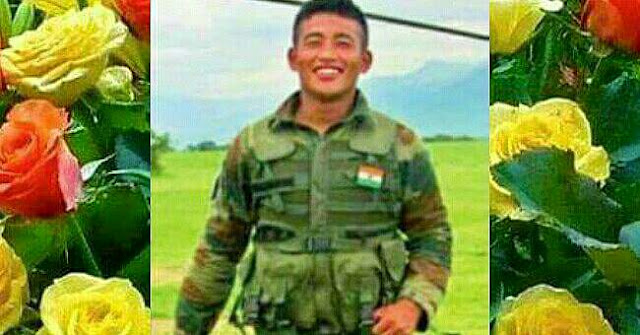