Rangpo Police on Friday arrested one Rajesh Gupta @ Panchu (30) following recovery of substantial amount of contraband drugs from his possession.

The accused person was travelling in Siliguri - Gangtok bound private bus and was intercepted at Rangpo Border Check Post at about 1.10 pm Friday afternoon during routine checking of vehicles. 4500 loose spasmoproxyvon capsules, 300 tablets of Nitrazepam and 3 bottles of contraband cough syrup were recovered from his possession.

The accused who is a resident of Rongli Bazaar, East Sikkim, A/P 6th Mile, Tadong had also previously been  involved in SADA case of Sadar Police Station.

Rangpo Police have registered a case under relevant section of Sikkim Anti Drugs Act, 2006 against Gupta and the case is under investigation. 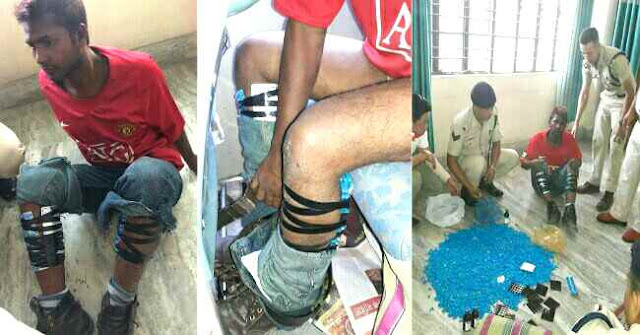 Yumi Feet Singapore said…
I admire this article for the well-researched content and excellent wording. I got so involved in this material that I couldn’t stop reading. I am impressed with your work and skill. Thank you so much.Best treatment cracked heels in Hong Kong
20 December 2021 at 11:33