On 1st September NGO Duars Express Mail came across such incident when a poor old lady was being tortured in the name of witch hunting at Oodlabari in Dooars. DE team conducted awareness program against this and stood beside the innocent.

In certain areas women are unnecessarily being harassed in the name of witch hunting.

‘Witch hunting’ involves the branding of women as witches, mostly after an ‘ojha’ or witch doctor confirms that a woman is a witch. A woman who is branded a witch is then subjected to numerous forms of torture: beatings, burns, being paraded naked through the village, being forced to eat human excrement, raped, having wooden or sharp objects inserted in her private parts. In some cases her hair is cut off, her teeth are pulled out (she is supposedly ‘defanged’), in some instances her nose or other body-parts are cut off, she and her children are socially ostracized, her land and property is seized, and sometimes women are even put to death and their limbs hacked off. Witch hunting is widely seen to be used as ‘a pretext for suppressing women and gaining personal interest.’ 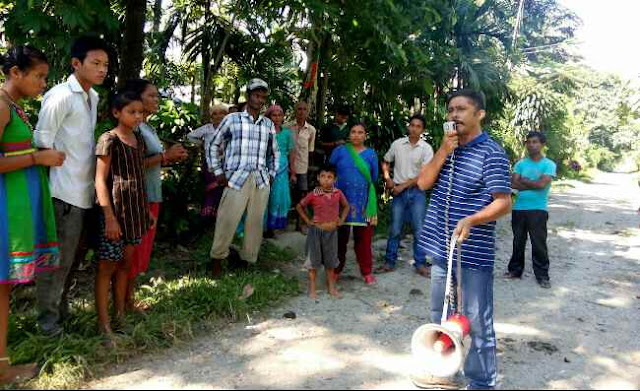