An 18-year-old girl, who was trafficked from the remote islands of Sundarbans in West Bengal, is today an international child rights crusader and has been invited twice to speak at the United Nations.

“Telling the stories from my village before an international audience and listening to stories from all over the world has made me more strong as an activist,” said Ms Khatun, who was once trafficked as a child domestic worker due to poverty.

As a youth leader guided by international NGO ‘Save the Children,’ she is now leading 80 groups of children, each having about 10-20 members who are fighting against evils like child marriage, trafficking, child labour, besides other issues related to health and education.

She said when she started raising her voice, the villagers did not take her seriously.

“I faced a lot of criticism, but now things have changed. People have started listening to me,” the young activist said.

Last year, she had attended the Sustainable Development Goals Summit at the United Nations and this year she represented the children of India at the UN General Assembly.

Besides meeting big names, she also met many child activists from different countries who suffered more trouble in their lives than her, but are now leading the fight for change in the society.

She said that a meeting with Nadia Murad, a 23-year-old Yazidi woman from Iraq, who is now the UN Goodwill Ambassador for dignity of survivors of human trafficking, reduced her into tears.

“She has lost a lot in her life. I wonder how she could fight so much. She is now a big inspiration in my life,” Ms Khatun said, adding she was developing a network of child activists from all over the world.

“The countries may be different but our problems are the same,” she added.
PTI 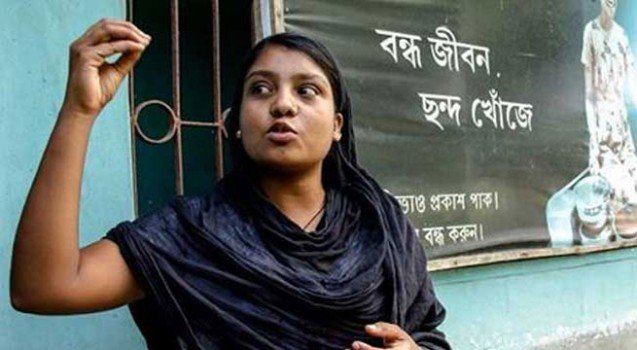