He was beaten first by eye witnesses than handed over to police...interesting part is that he had arrived on an expensive bike and also found some couples of banned cough syrups in his bag when searched...police has siezed the bike and his belongings. 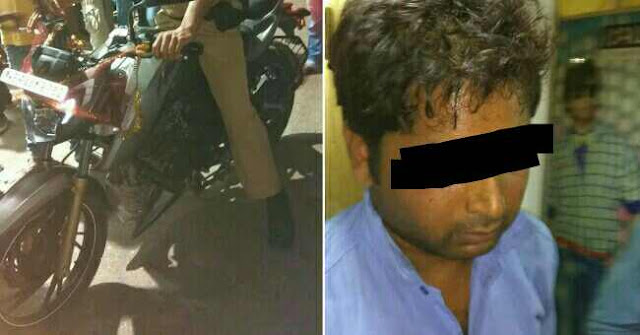