A group of suspected Trinamul workers in Bolpur yesterday demolished four houses and hurled bombs to evict eight tribal families from a government plot on which they have been living for the past 50 years.

Although the families are encroachers, the irony was not lost on many district officials who highlighted the fact that Trinamul had come to power by championing the cause of those from whom land had been acquired.

"In the case of tribals, the government usually does not take any quick step as far as eviction is concerned. If there is a pressing need, the administration will take measures, not a political party. We are embarrassed that such an incident happened," an official said.#The district regulated market committee wants to set up a godown on the 15-cottah plot, according to some sources.

When the families resisted, the 20-odd suspected Trinamul workers assaulted them with rods and sticks and demolished four houses. The assailants also hurled bombs.

Five villagers suffered injuries to the heads, backs and limbs and were admitted to Bolpur sub-divisional hospital. They were discharged a few hours later.

Babulal Hansda, the chief of the Trinamul-run Bolpur-Sriniketan panchayat samiti, conceded that party workers had gone to the village to evict the families and said the land belonged to the district regulated market committee.

Shyamal Manna, the secretary of the committee, said: "I can't say immediately if the plot belongs to us." 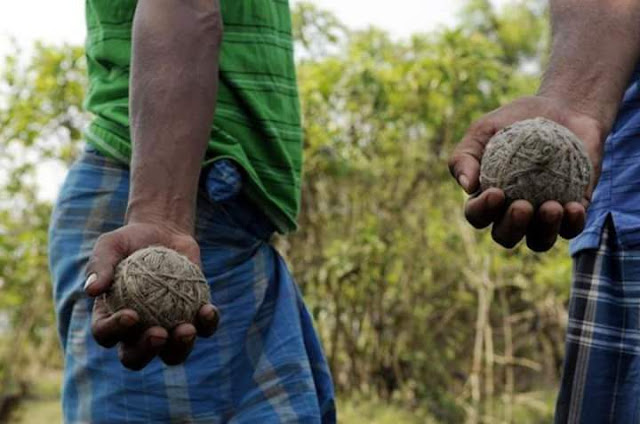