The body of a fourth-year engineering student from Malbazar who had been missing since September 30, after he went to the Teesta to bathe with his family, was found in the Domohoni area downstream.

Police sources said Nibir Sarkar, 24, a resident of Dakshin Changmari village in Jalpaiguri's Malbazar, had gone to bathe in the Teesta with his family.

He was a student of civil engineering at the Murshidabad Institute of Engineering and Technology.

"On September 25, he had come home for the Durga Puja vacation. He was missing after the bath and could not be found. We had engaged local divers but they could not trace him," Mrinal Sarkar, the pradhan of Champadanga panchayat, under which Dakshin Changmari is located, said.

The boy's father Niranjan is a quack while his mother a homemaker. His sister Jayashree studies in Siliguri College.

"We had filed a missing complaint at the Kranti police outpost the same day. Today, we were informed by Mainaguri police that his body had been found on a dry bed of the Teesta in Domohoni," Mrinal said.

"Today, we came to know that a body had been found on the river bed of the Teesta.... We recovered it. The youth's family was informed and they came and identified him," Sukumar Mishra, the inspector in charge of Mainaguri police station, said. 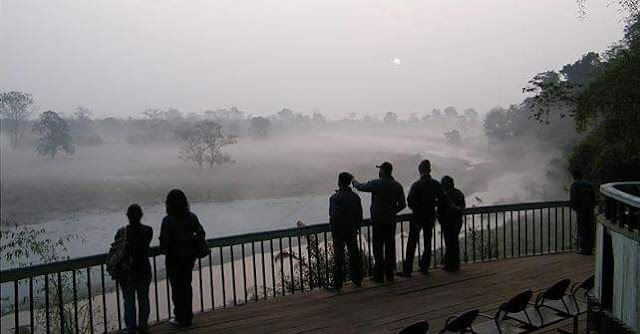