Rewaj Chettri, from Turuk, South Sikkim wins the prestigious ‘The Entrepreneur 3,’ a business competition  at Young Leaders Connect 5 which was held on 28th and 29th October at State Banquet Hall, Itanagar. Rewaj won the competition for his business startup plan the ‘Northeast Taxi’. He was amongst the top 10 finalists who was the  entrepreneurs from the different part of the North East India.

Rewaj is the founder of the recently launched a native music app ‘CISUM’ of Sikkim. He has more than 30 startups in Sikkim and Northeast to his credit. He is 22 years old and  the youngest son of Lt. Taraman Chettri and Dilu Chettri. He has completed his B.Sc in Forestry from the North-eastern Regional Institute of Science and Technology, Arunachal Pradesh and his basic schooling from Rockvale Academy, Kalimpong and senior secondary from Sadam Senior Secondary School, Sadam. 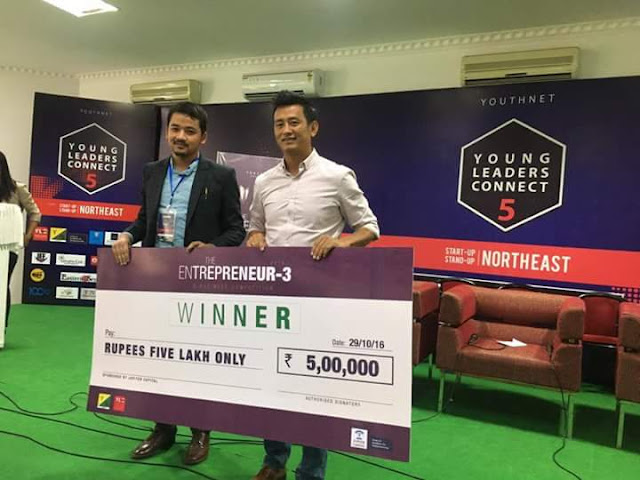