- October 09, 2016
With an aim to enhance Sikkim’s vision of being a ‘tourist hotspot of North East’, the Sikkim Government is contemplating to start circumambulation tours in the periphery of India’s highest mountain peak -Mt Kanchenjunga (located at 28,169 feet (8,586 metres). Addressing a press conference at New Delhi, the Sikkim Chief Minister, Pawan Chamling recently said that the iconic Kanchendzonga peak and the Kanchendzonga National Park will be showcased in full vigour to promote eco-tourism of Sikkim. Kanchendzonga National Park (KNP), was recently declared as a World Heritage Site by the UNESCO. The peak is the guardian deity of Sikkim and is considered sacred by the Sikkimese people. The State Government aims to start 15 days’ long trekking trails in the 1,784 km2 Kanchenjunga National Park (KNP) which is home to major mountain peaks, glaciers, lakes, waterfalls and unique flora and fauna. The parikrama tour in the periphery of the world heritage site – KNP – will be promoted during the summer season keeping in view the favorable climatic conditions in the area during these months for trekking, mountaineering, and other adventure activities. The Government will provide the highest level of professional support and logistics to nature lover enthusiasts during the parikrama tour through the State Tourism Department and registered tour and travel agencies. The fee structure for these activities is under finalization. The Chief Minister informed that the State Government has launched a 15-minute helicopter service to witness breathtaking views of Mount Kanchenjunga from Gangtok, the State capital. The objective is to provide tourists with a magnificent view of the pristine peak, which assumes different colours during different hours of the day. The helicopter service will be mainly operational during the months of March to May and then from September to November. 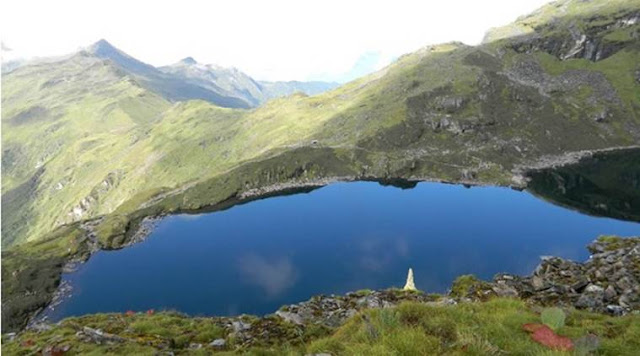