Mr Prabhu said this after flagging-off the first freight train which featured a newly-developed guard van, which uses solar power to run fans and lights.

The minister further said that powering fans and lights in the newly-developed guards van through solar panel-produced power will help in reducing the carbon footprint of the railways.

According to the railways, the new guards van has been designed to address shortcomings in brake vans by providing facilities like lighting and fans, which comes as a relief for the guards of the goods trains.

“The facilities are powered by solar energy making the guard van environment-friendly. We care for our environment,” the Railway Minister tweeted.

Mr Prabhu said the Indian Railways is committed to providing “good working conditions” to its employees. 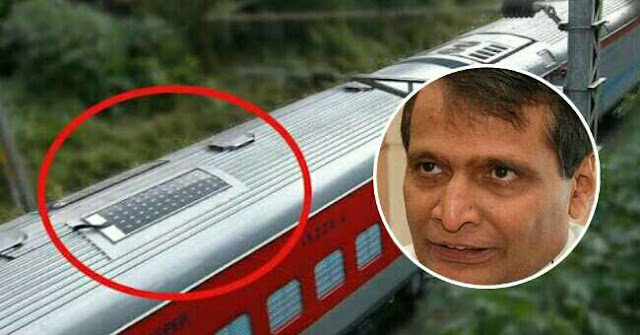