The management of a plywood factory at Dhupguri that employs around 400 workers announced suspension of work today citing disputes over Puja bonus.

Sources said several rounds of talks had been held in the past one month and the management of Bidesh Plywood Factory Private Limited had offered bonus at the rate of 8.33 per cent to the workers.

The unions, however, wanted at a higher rate. But recently, after the tea bonus rates were announced, the factory workers, some of whom refused to listen to the union leaders, demanded bonus at 20 per cent.

Ram Prasad Biswas, a senior manager of the factory, said: "In the past one year, production and sales have been affected. Even then, the management offered bonus at 8.33 per cent. But the workers insisted on 20 per cent. Several rounds of bipartite talks were held but the workers did not budge. The management was forced to take the decision."

Today around 9am when workers reached the factory gate, they saw the notice.

"The issue could have been sorted out through talks. The decision to close the factory is disappointing, that too, ahead of Durga Puja," worker Ramesh Roy said. "Even last year, the management had announced suspension of work. But later paid 18 per cent bonus."

Bonus is calculated on a worker's gross annual income.

The factory has Citu and INTTUC trade unions.

Swapan Das, the factory unit secretary of the INTTUC, said: "The management had offered us bonus at 8.33 per cent. We had requested to increase it by some per cent, keeping in mind the financial problem the company is facing. Meanwhile, the bonus rates in the tea industry were finalised which made the workers demand bonus at 20 per cent."

He added: "We, however, find no reason to shut the unit. The workers did not resort to any movement or activity that could affect regular work. The management should reopen the unit and settle the issue."

The factory, around 40km from here, has 217 permanent and 150 temporary workers.

Management sources said some workers were not listening to the unions. "They are not ready to understand that our sector is different and we cannot match bonus rates of the tea industry," a source said.

Hiralal Pan, assistant labour commissioner of Jalpaiguri, said: "A meeting has been convened at the labour department's office tomorrow." 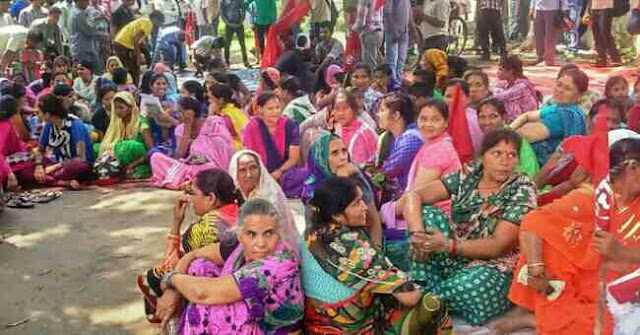