- October 27, 2016
Prime Minister Narendra Modi will inaugurate the 1200 MW Teesta Stage III Hydro Electric Project in Sikkim, all 6 units of which are expected to be ready for commissioning by the end of this year. Modi gave this assurance to Sikkim Chief Minister Pawan Kumar Chamling when he called on the Prime Minister at his residence in New Delhi, an official release said here. Teesta Stage III HEP, once completed, will be the second largest hydro project in the country and the largest hydro project constructed in India on Public Private Partnership (PPP) mode. Chamling also apprised the Prime Minister of the financial difficulties following acceptance of awards of 14th Finance Commission by the Centre and the drop in central transfer to Sikkim, the release said. The Prime Minister assured the Chief Minister that steps were underway to redress the problem. Chamling urged Modi for an early resolution of the issues relating to reservation of Limboo-Tamang communities of Sikkim. 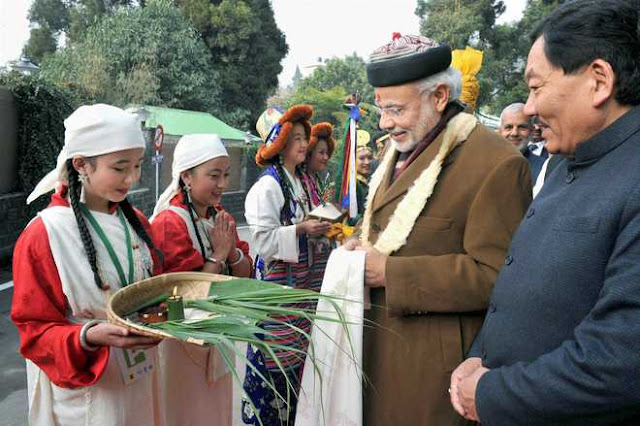