Heavy rains triggered landslips at various places of of north Bengal and Sikkim affecting normal life while major rivers of the region were in spate, officials said. Landslips occurred in Sikkim and Darjeeling district while water entered a pocket of Jalpaiguri district. Rivers are in spate in these two districts besides Alipurduar.

A major portion at one spot of a key road between Siliguri and Sevak in Darjeeling district caved in due to landslip and only small cars were passing by the remaining portion of the road with great risk, the officials said.

Another road also collapsed near Mirik in the district.

Another landslip occurred at Legship, near the tourist spot of Pelling, in Sikkim severely affecting road traffic movement between Darjeeling and Legship, officials said.

Meanwhile, water of Teesta and Jaldhaka rivers of Jalpaiguri, Mahananda of Darjeeling, Santosh and Kaljani of Alipurduar district were rising due to continuous rains, officials said.

Water of Mal river entered a pocket of Nagrakata in Jalpaiguri district.

Officials said three trucks that had gone to collect boulders from the bed of Ghees river in the district remained there as the workers came to safety because of rising water, officials said. 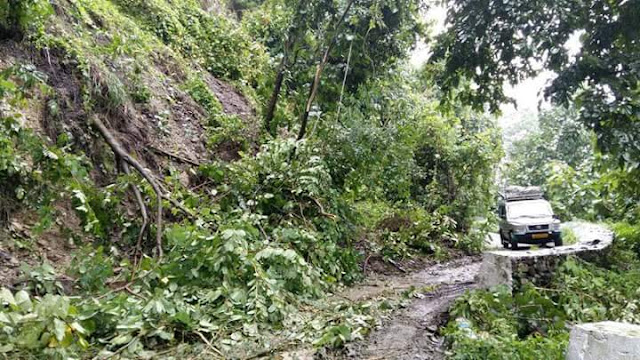