Sourav Chakraborty, the Trinamul MLA of Alipurduar, has been removed from the post of chairman of the Tea Directorate that was formed by the state earlier this year.

Barun Roy, the divisional commissioner of Jalpaiguri and the director of the directorate, confirmed Chakraborty's removal yesterday evening.

"I received a communication from Calcutta that Sourav Chakraborty, who was the chairman of the Tea Directorate, will be replaced by state education minister Partha Chatterjee. Accordingly, I have sent text messages to all other members of the directorate informing them about the change," Roy said without elaborating.

Contacted over phone this evening, Chakraborty, however, said: "I do not have any such information. I am trying to get in touch with the people concerned to know about it."

The MLA is also the chairman of the Siliguri Jalpaiguri Development Authority and Jalpaiguri Central Cooperative Bank and the Trinamul president of both Jalpaiguri and Alipurduar districts.

On June 29, chief minister Mamata Banerjee had named Chakraborty as the head of the Tea Directorate - a body under north Bengal development department formed to monitor the tea industry, work for the socio-economic development of tea workers and their families and maintain liaison with state departments.

Last month, Mamata had inaugurated the directorate's office at Vivekananda Bhavan in Siliguri through a remote control from Kalimpong.

Sukra Munda, the Trinamul MLA of Nagrakata, who is a member of the directorate, said: "I have received a message from the divisional commissioner that said Sourav Chakraborty has been removed from the chairman's post. I am not aware of any more details."

Trinamul insiders and sources in the government said the primary reason for Chakraborty's removal was that he could not deliver as the district chief. He is in three government posts as well. "It was necessary to ease his responsibilities so that he can work better in the SJDA and the cooperative bank," a source said.

Party leaders based in Jalpaiguri said recent resentment articulated by some senior Trinamul leaders against Chakraborty might be a reason.

"Some have questioned why he was kept in the district president's post, particularly after Alipurduar district was formed. They had also said due to his engagement in three government posts, he could not give time to the party," a Trinamul leader in Jalpaiguri said. "These leaders had also sent letters to the leadership, elaborating these issues." 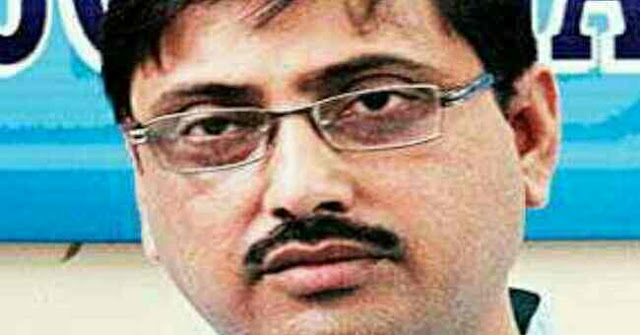