Adding yet another Spiritual and Tourism Hallmark developmental feather on its cap the tiny Himalayan State Sikkim which has pioneering religious place of visits constructed by Sikkim government in past 23 years throughout the state starting from magnificent Sai Mandir Daramdin in West Sikkim, Tallest Guru Padmasambhav Statue of Guru Samdruptse at Solophok aka Chardham in Namchi South Sikkim, Sidhi Vinayak Mandir in Namchi South Sikkim today magnificent Sri Viswa Vinayaka Mandir was inaugurated from hand of Dinesh Chandra General Secretary of Viswa Hindu Parishad accompanied by the Chief Minister Pawan Chamling at a beautiful landscape of Rundung Village in Rhenock , East Sikkim.

Facinating thing of this massive religious infrastructure of Hindu is that this place accords 51 faces of Lord Ganesha , with 12 feet each 16 of them placed at corridor towards temple’s main entrance.
Adding excitement is another attraction is the masisve mythological Daemon vs Gods ‘Samudra Manthan’ statues. Shivling and statue of Hanuman is also present in Viswa Vinayak Temple. 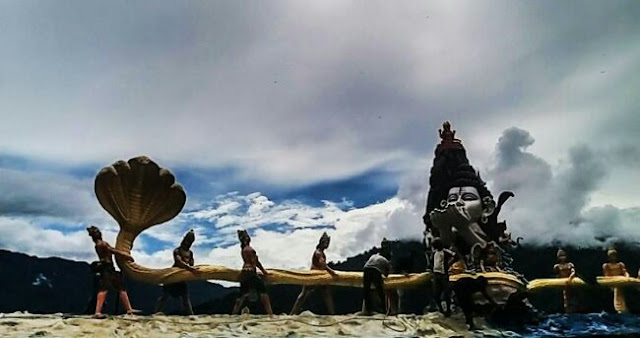 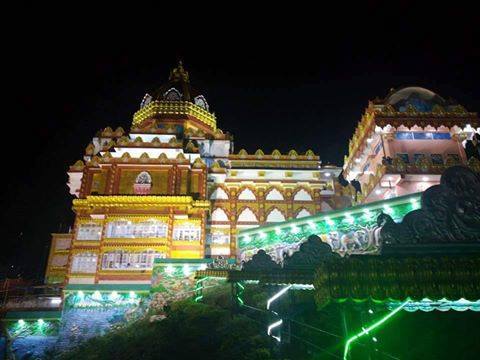