Inmates at the Alipore Jail have no time to rest as they are busy making Durga idols for the Durga puja festival.

Led by Chandan Chandra, the team of jail inmates, are working day and night for the last one month inside the prison to meet the deadline set by two puja organisers.

"Every year we organise Durga puja in our jail premises.Last year, the Durga idol for the Alipore jail, made by Chandan and his team, was so good that some of the organizers decided to give the order of making the idols to Chandan," Alipore Jail Superintendent Swarup Mondal said.

Chandan and his team are also making Durga idols for the Alipore prison. According to Mandal, Chandan has been allotted separate wards, and equipment and raw material required for making the idols.

"We have provided them with materials, mud, clay, tools, paints and other necessary materials needed to make idols. Along with Chandan there are five other convicts who are helping him make the idols. They start their work at 7 AM in the morning and continue it till 2 AM," a jail official said.

According to Jail officials, Chandan, a resident of West Midnapore district, who was convicted in a murder case, has been in prison for more than 10 years.

"Chandan had shown his interest in idol making during a prison reform programme. He subsequently honed his skill at the workshop in the jails," a jail official said.

According to jail officials, the inmates will be working for free and the money which they will receive for making the Durga idols will go to the Prisoners' Welfare fund. The jail official said each idol will cost less than Rs 25,000, which is much less than the market price.

The theme for the Alipore Jail Durga puja is "Two Asuras", one who is killed by Durga and another who with hands folded repents for his misdeeds. The other order from Netaji Sabuj Sangha Club in Joynagar, South 24-Parganas, is a 12-foot image in traditional form with "Daker Saaj". 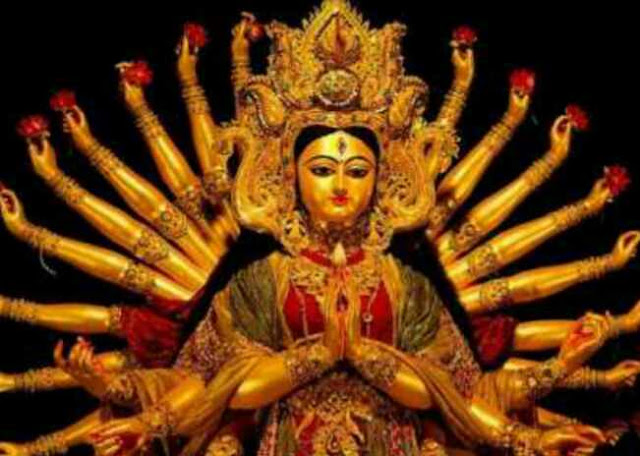