Introducing the Six-Membered Band “The Doctor’s Chamber” from Siliguri

- October 04, 2016
In some ways, musician (or say just music) and doctors are in separate worlds. Doctors are one who are licensed to heal, care and rehabilitate humans by various clinical means and medium and music is believed to have the healing powers to promote, maintain and restore mental, physical and spiritual health, thus the two are remarkably similar. Music like a good doctor, can heal or say a doctor can create good music for a better therapeutic touch and create intimate human connections. So, what could be better than anything off if the healer (s) comes with the musical healing touch, thus here’s a perfect instance where healers are creating rock and roll music to live life better and make more human alive, introducing the six-membered band “The Doctor’s Chamber” from Siliguri . 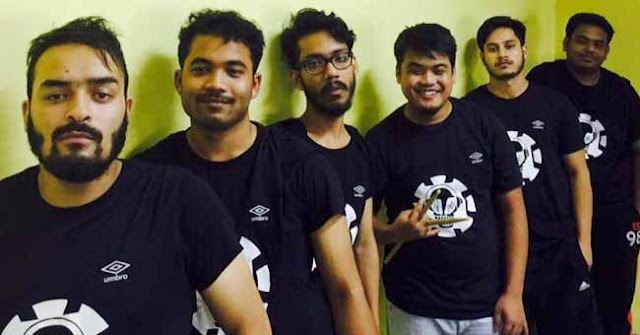 The Doctor’s Chamber (TDC) is a Siliguri-based band of North Bengal Medical College (NBMC), formed in the year 2013. It has been three years now and the band has been creating good music and doing a lot many gigs in and around and has been successful in earning many fan following. They mostly deliver the Rock and Roll and Desi Rock to their diverse audience and listeners. The band comprises of six members viz, Edwin Stannis Lepcha (23) on drums , Chanchal (22) as a vocalist , Saikat (23) on rhythm guitars , Bishnujyoti (22) on keyboards , Koushik (26) on bass/vocals , and Vasistha Razz (23) as lead guitarist and vocalist and not surprisingly everyone happens to be a Medicos.
Speaking to Yougan Tamang for TNT- The Northeast Today, Vasishta Razz (VR) the lead guitarist and the add-on vocalist of the band said, ‘we have been creating music to prove many people wrong, because some souls feel that doctors or medicos cannot form rock band”. Further, he shared about the journey so far, achievements and future aspirations of the band. Here are excerpts from his interview with our reporter. 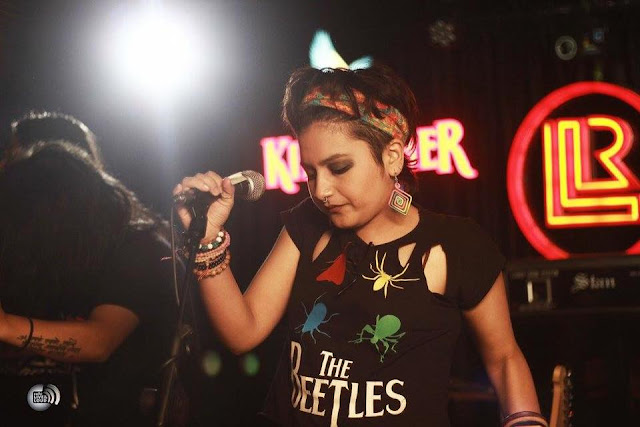 TNT: So, tell us how did you guys get together and the Doctor’s Chamber happen ?
VR :It was in the year 2013 when we all were in first year, we hardly witnessed any scope for music in the medical field. So,looking at the same it was a collective thought that came up to throw some light on the talents in the medical society which tend to get eclipsed by all the medical workmanship and responsibilities. Somehow, we managed to come up with the Doctor’s Chamber which was our initiative to let the talents survive. The band initially was a 3 piece band but gradually the talented souls kept joining and ultimately it became a six-membered band and for which now we feel complete and a happy band I guess (Laughs)

TNT: How would you consider your musical genre?
VR : Ah!!  we don’t actually restrict ourselves to a genre. We try increasing the circumference of our music including as many genre as we can, but yes the Rock and Roll base is always there in the band. We feel comfortable to deliver our energy through Rock n Roll.

TNT:  Who writes the lyrics for ‘The Doctor’s Chamber’
VR : The lyrics for the band are mostly written by myself and our frontman Chanchal and off course the inputs from every band members completes it. 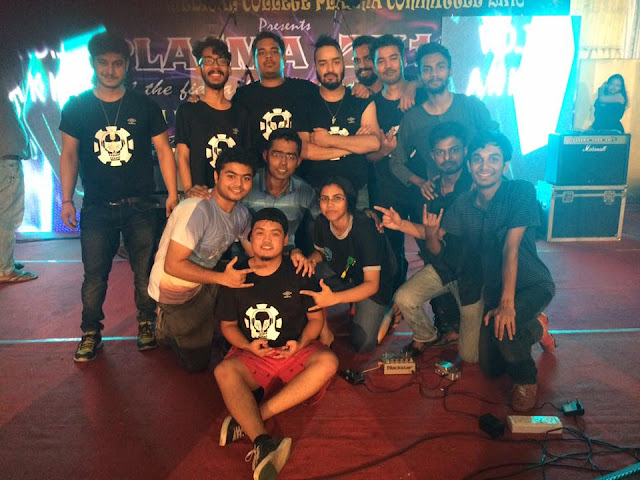 TNT: So, currently what’s going on in TDC camp? Please tell us about it.
VR: Ah, currently we are working on our new single  which is completed based on the act of female foeticide. Being medicos, we truly understand that how difficult it is for a woman to give a birth or more difficult for her to conceive and nourish a life within her for months and nurture throughout, but some poor souls fail to understand that and murder a germinating soul just because one is a female. So, we are making up our new song against the heinous act of female foeticide which shall be released shortly.  We are also making up many cover songs which are meaningful and has got something social to deliver to our listeners.

TNT: Who do you guys listen to mostly and where do you all draw the inspirations from?
VR : We actually follow a lot of International  artist viz, Pink Floyd , The Doors , Nirvana , Red hot Chilli Peppers , Led Zeppelin and they are the ones who have really influenced and inspired us to create music and off course sing and perform (laughs)..

TNT : Where have you guys performed so far? Places and Events?
VR: it has just been three years for now of TDC and we have performed in various events in and around Siliguri, Sikkim and Darjeeling. We have performed in a number of medical college fest hence knowing ” Not All Doctors Are Nerds” (laughs). We have also performed in an event of the D & DMA  and Planter’s club at Darjeeling and currently we are looking forward to perform in one of the biggest medical college festival of India, PULSE (AIMMS, Delhi) for which we are preparing to our best.

TNT : Besides the band,and making music what do you guys do as individual?
VR: All the band members are pursuing MBBS  except for Koushik Roy, the bassist who is currently an intern and preparing for the post graduation entrance examinations for specialisation. 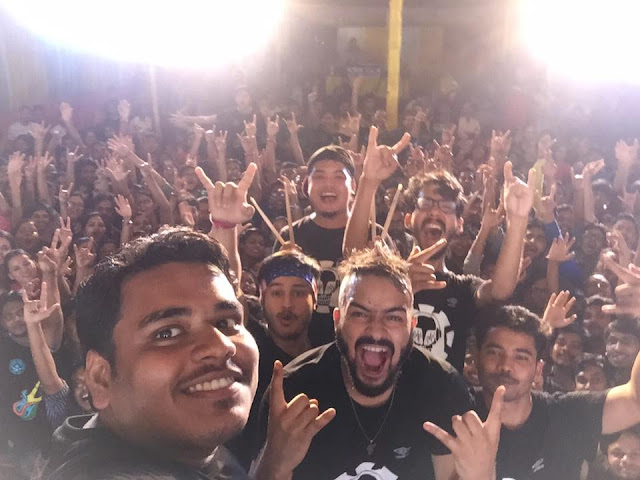 TNT :So, what is your take on Siliguri, Sikkim, or entire Northeastern rock music scene?
VR: I personally feel that Siliguri, Sikkim and Darjeeling are filled with Rock music lovers not even single one of them are left unaware about the Rock and Roll spirit. So many emerging artists and talents around and I count myself lucky enough to have grown up in such an environment.
Music in the Northeast is in a whole new league. The originality and creativity is far in depth than rest of the country I believe. The approach , love and respect for music here is immense. The U.S band , Pralaya , Mantra , Gingerfeet , Girish and the Chronicles , Still Waters and many more has always been the ‘ look up to ‘ bands in Siliguri, Sikkim and Darjeeling .

TNT: What message would you like to convey to upcoming musicians and bands from Sikkim?
VR  : To all the budding artist and young musicians TDC would like to convey its message that always believe in music, it’s the best thing you can ever gift someone. It’s a powerful way to convey your message and start a change. Reaching out to people through your music is success. Although there is a less scope for the Rock and Roll genre in the Indian music scene , be a little initiative to bring a change, and even if you have to choose a different career in life never let the music fade away in you. Live with your talent and express yourself!!

Last but not the least we would like to state that who we are today or where the band is today, is because of the many motivating and inspiring souls who have been with us throughout our journey. So, we take this opportunity to thank our former band members Vineet lama and Shikher Mishra who have been supportive to us in all ways,our professors and teachers who have understood that we need to give time to music as well apart from our prior medical studies and has supported us throughout and thoroughly. Also thanks to our seniors and juniors for believing in us. Thanks a  lot   from the TDC.

Lastly, thank you Vasistha for sharing us about your band and the members. TNT- The Northeast Today really appreciates the way you guys are living music. We would further like to convey our heartfelt wishes to you all for all the future endeavours and aspirations. We hope to hear more good much from you all in days to come. Thanks!!

(by Yougan Tamang for TNT- The Northeast Today)
(yougain87@gmail.com)
Siliguri