House Burns Down at Liza Hill in Darjeeling

In a tragic incident, a house belonging to Subhajit Rai (aka Antarey) burned down as the family was celebrating Dashain program nearby.

Almost the entire Ward # 12 if Lizahill was assembled at Memdhura community hall to celebrate Dashain with a musical program, when fire broke out at around 9:30 PM.

By the time the villagers reached the house, almost all of it had been engulfed in fire, and there was no chance of saving it.

Mr. Subhajit has lost his entire belongings, including important documents belonging to him and his children. 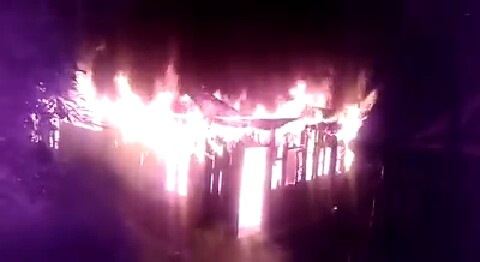