- October 04, 2016
The Darjeeling Himalayan Railway (DHR) is going to add one more feather to its cap by adding the facility of dining coach. The coach will be added in the famous joy ride toy train services, which start from Darjeeling and ends at India's highest railway station Ghum. It will run on hiring basis at night time to enjoy the snick beauties of queen of hills-Darjeeling. Suman Pradhan, a senior official of DHR, said, "We are usually running joy rides with first class coaches, but this time we have decided to start dining coach and FS-14 saloon coach added with special joy ride toy trains." He also added that most of time it is seen that the tourists are not getting tickets to ride on toy trains, but this special service can be booked by group of tourists at any time on their demand basis. Pradhan further said, "We are getting huge response and I think it will cross our expectation." It is also informed by the official that Darjeeling Himalayan Railway (DHR) will add three more joy rides to the six existing services which will run by stream engines. The UNESCO World Heritage Committee inscribed DHR as a World Heritage Site on December 5, 1999. Currently, DHR has 13 steams, in addition to the six diesel engines that pull 62 coaches. Some of these coaches date back to 1930s. The DHR catered to one lakh tourists last year. This year, their target is double the number. 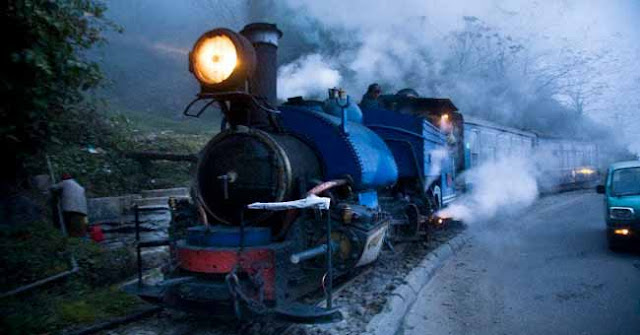