According to reports, based on source inputs, police raided a house at Amtala area under Canning Police Station limits in South 24 Parganas district.

Several country made firearms, raw materials used for making guns and few machines were seized from the factory and three suspects were booked. 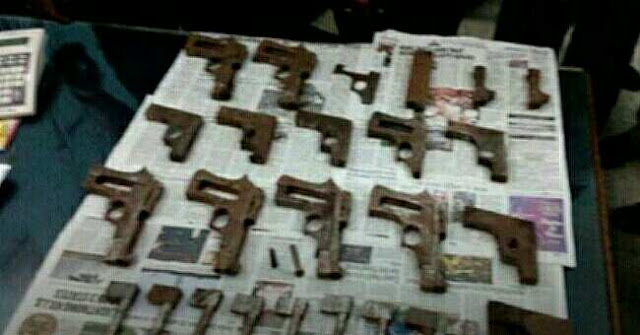