Locals say the factory was closed due to Diwali holiday and some fire cracker flame fell inside the godown and started the fire.

The fire bloomed and one by one 3 gas cylinders gave way to a massive blast. The fire was so huge that it could be seen from various parts of the city.

Soon two fire tenders reached on spot and tried to control the fire. The fire was put down within 30 minutes. If the fire brigade had done a bit more late anything would have happened. Kudos to the officers for reaching on time and igniting off the fire.

Huge public had gathered which made the work of officicals little tough. Thought police is trying hard to manage the crowd. 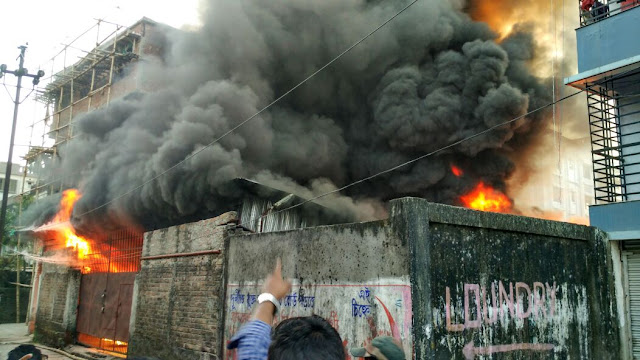 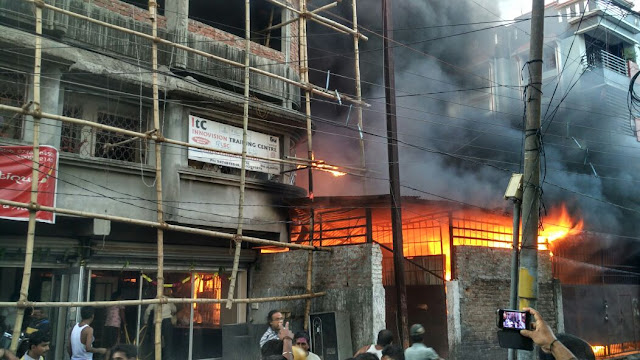 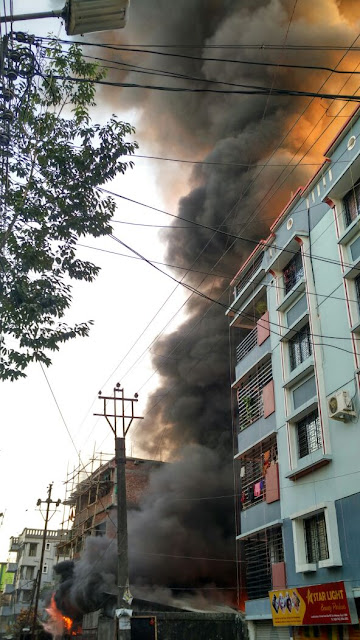 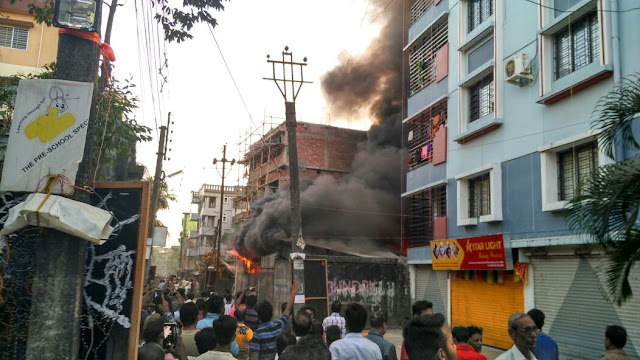 Anderson & Worth Office Furniture said…
I liked your work and the way in which you have shared this article here about furniture's that gives a modern look at your home and offices. It is a beneficial and helpful article for us. Thanks for sharing an article like this. Dallas Used Office Furniture
13 July 2021 at 02:15