According to reports, few miscreants on Monday early morning allegedly vandalized a Durga idol in the  North Bengal University campus in Siliguri.

The incident triggered tension in the area on Navami day and a heavy police force were deployed there to avoid any untoward situation.

After starting investigation into the matter, police booked one local person- Mahendra Singh- from the area.

"After primary investigation, we have come to know that the incident was the  outcome of a conflict over extortion and we have arrested the prime accused in the case- Mahendra Singh," one senior official of Siliguri Police Commissionerate said.

"A heavy police force has been posted  to keep the situation under control," the officer added.

Locals found the beheaded  idol of Deepanjali Club at Batanagar area under Mahestala Police Station limits in South 24 Parganas district, nearly 20 km. away from Kolkata, on Oct 6 and informed the police, reports said.

The club authority alleged that police tried to cover up the incident.

"The incident was committed by miscreants from another community and police are not taking any step against them as the Mamata-government always pampers the minorities," Sinha said.

When  asked about the incident, South 24 Parganas SP Sunil Choudhary said, "Police have  received such complaint and we have started probe into the matter." 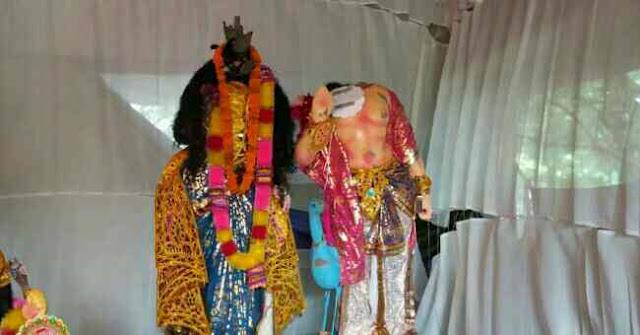