Dazzling Darjeeling - Kashmir out of bounds, Darjeeling prepares it spread for Tourists

The whiff of sizzling bacon is set to be the pull for hungry tourists to Darjeeling this season.

With Kashmir out of bounds, tourists are all set to make a beeline for Darjeeling this season. “We have good bookings. The season looks promising. There are groups from Maharashtra, Gujarat, South India and Bengal,” said Pradeep Lama, secretary, Darjeeling Association of Travel Agents.

The Queen of the Hills is not just about sights. There are many who swear by her banana walnut cakes, apple, meat pies, the English breakfast and the exotic cuppa.

From the days of the Raj, Darjeeling has been a gastronomic centre tantalising taste buds.

For the travel weary tourist, food is a great comfort on arriving at a destination and the Queen of the Hills has a lot to offer.

Tourists especially the gastronomic Bengalis swear by the English breakfast at Keventer’s, lunch and high tea at Glenary’s and a quiet evening at the Joey’s Pub.

“I visit Darjeeling once or twice every year. While in Darjeeling we do not visit tourist spots. We laze around the Darjeeling Chowrasta and indulge in restaurant hopping,” said Rimpa Ghosh of Kolkata.

Among the heritage restaurants Glenary’s and Keventer’s have a large tourist footfall. Located on Nehru Road, Glenary’s had started off in 1910 under the name of Vado — after an Italian family. Vado had then tied up with his friend Adolph Pliva and the confectionery was called the “Vado-Plivas.” Later the Vado family returned to Italy and the eatery came to be known as Pliva’s.

After the Pliva family left for England in 1959, AT Edwards, who was a manager of the bakery and restaurant bought the property and rechristened it “Glenary’s.”

Glenary’s which boasts of a confectionary, coffee shop, restaurant and pub recently got a face lift with an outdoor extension on the terrace.

The English breakfast of Keventer’s is a hot favourite among tourists. Established in 1895 as Edward Keventer (Pvt) Limited, then a Swedish concern, Keventer’s used to initially deal in dairy and piggery produce. The Darjeeling unit was established in 1911.

“The menu of our snack bar is nearly the same as 50 years ago but we have made some additions. With the present health conscious generation, chicken produce has made inroads in the menu along with the all-time favourite pork sausages, ham, bacon and salami,” said Rahul Jha, proprietor. 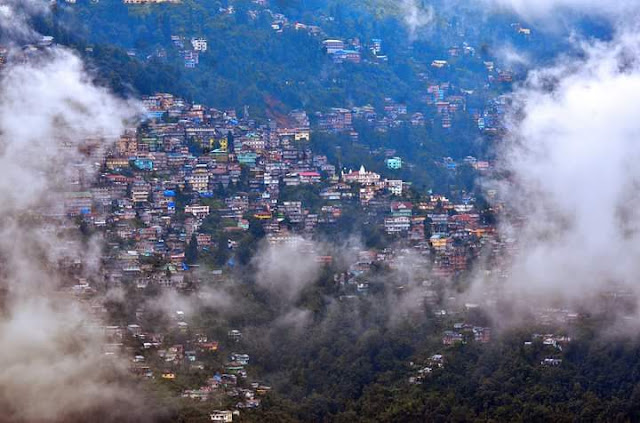