In his first remarks on the terror strike that was thwarted in Kashmir’s Baramulla town last night, Border Security Force (BSF) Director General KK Sharma spoke exclusively to India Today. Elaborating upon the role of deceased Constable Nitin Kumar, Sharma recounted, “Militants tried to infiltrate the 46 Rashtriya Rifles camp of the army where we were deployed to secure morcha. Because of alertness of BSF men this was foiled. We lost our boy, Nitin who was a very brave soldier”.

Sharma revealed, “Despite being hit, Nitin kept on firing from his position. Unfortunately he lost too much blood to be saved. His alertness along with that of the others ensured that the militants had no option but to retreat”.

Sharma who took over as the head of the world’s largest paramilitary force on February 29 this year is an Indian Police Service (IPS) officer of 1982 batch with Rajasthan as his cadre state. On the current situation, he admitted, “Western border tense right now.

But I want to assure the nation, we will give more than befitting response if attacked. Pakistan is preparing their defence or may be further offence. We do not know. But their plans will be foiled”.

The BSF which not only guards the border with Pakistan but also the one with Bangladesh is a 2.5 lakh strong force. On the aspect of alertness, Sharma, who has done stints with the civil aviation ministry, the elite Special Protection Group before coming to the BSF said, “We have always been alert but now our alert levels have peaked”. 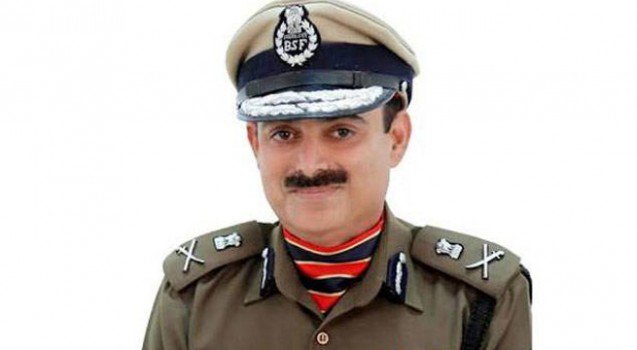