Animal Poaching - From Dooars to China

A senior official from the Union ministry of environment and forest yesterday said China was the destination of animal products from India and Beijing would be asked to rein in such rackets at an international conference in Bhutan the next month.

The Wildlife Crime Control Bureau under the ministry today organised a meeting at Madarihat for the people living in fringe villages under the Jaldapara wildlife division to make them aware of their active role in controlling poaching.

Agni Mitra, the deputy director, Wildlife Crime Control Bureau, eastern region, Bhaskar J.V, the divisional forest officer of Jaldapara wildlife division, and senior officers of the forest department took part in the meeting. "China has become the big destination of animal products. We are worried about it. From November 27 to December 1, Interpol will conduct a meeting on wildlife crime in Bhutan's Paro. Representatives of seven countries, including India and China, will participate in the conference. At the meeting, we will definitely mount pressure on China to control wildlife traffickers," said Mitra.

He said, at today's meeting, the villagers had been told about the animal parts, which were smuggled by poachers, and sought their help in keeping hunters away from forests.

DFO Bhaskar said the forest dwellers had at today's meeting promised that they would help the foresters by giving information of anybody found suspicious in their areas. "The meeting will definitely help the villagers a lot and it is true that without the help of the villagers, we will not receive any information about criminals. In the last case of AK-47 seizure, we received preliminary information from the villagers," he said. 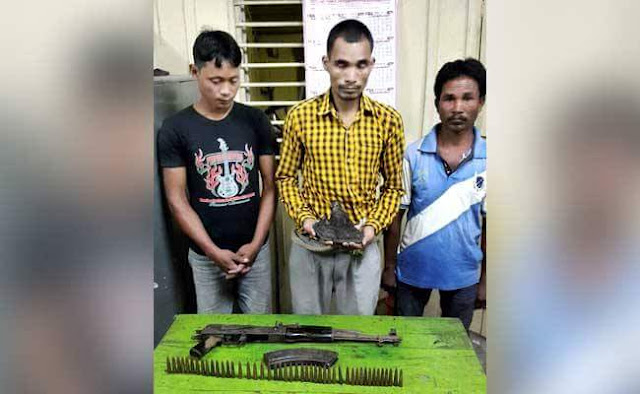