- September 20, 2016
Two pressure cooker bombs went off at two schools in Jorpati of the Kathmandu on Tuesday morning.
According to SP Bikaram Singh Thapa, explosions took place at Akashdeep School and Manakamana School.
No human casualties have been reported in the explosions.
He said that the improvised explosive devices were also found planted in Kanchanjunga School in Dallu, Rai School and East Pole School in Jorpati, Kantipur Boarding School in Chappal Karkhana and Radiant School in Lalitpur.
Nepal Police and Nepal Army teams were deployed to disposing the pressure cooker bombs.
According to Saptakoshie News, pamphlets in the name of Nepal National Independent Students Center and Young Communist Force Center, Central Committee were found from sites at East Pole school gates.
Police have arrested two persons for their alleged involvement in planting bombs, SP Thapa informed. 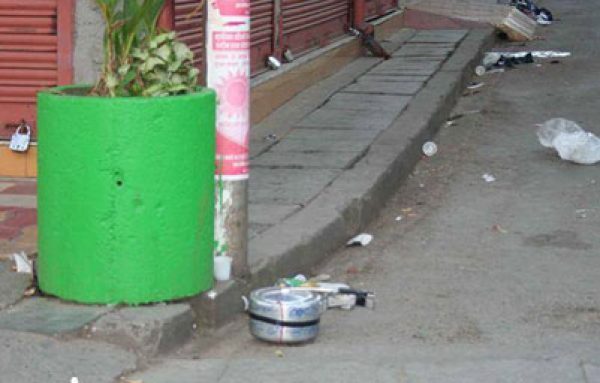