- September 30, 2016
District Trinamul leaders today said tourism would top their agenda at an extensive political campaign that the party would launch in the hills and the foothills of Darjeeling district after the festive season. "Tourism has emerged as the principal sector of employment across the Darjeeling hills in the past four-five years. The tourist footfall has increased and simultaneously, new destinations, accommodations and infrastructure have come up across the hills. The industry is no longer limited to Darjeeling, Kalimpong and Kurseong. It has spread into villages. Hundreds of homestays have come up in rural pockets where tourists are visiting. Rural youths have bought vehicles and several others have indirectly got involved in tourism now. It is evident that socio-economic improvement of hill residents has happened due to growth of the tourism sector," Binny Sharma, the spokesperson for Darjeeling district (hill) Trinamul, said today. All these developments, the Trinamul leader said, have happened because of the state's proactive steps and assistance to the sector. Yesterday, Gorkha Janmukta Morcha chief Bimal Gurung desisted from extending the duration of a 12-hour general strike to the whole day after threats to do so. He mentioned the coming festive season that brings tourists to Darjeeling, unwittingly admitting that if the industry was hit it would directly have an adverse fallout on the people in the region.
"Unlike the state government, there hasn't been much of a promotion or initiatives on the part of the Gorkhaland Territorial Administration even though those running the autonomous body are well aware of the tourism potential of the hills. Once the festive season is over, our party will launch an extensive campaign across the hills and also in foothills to apprise the local population of how tourism has changed lives of thousands among them, courtesy the initiatives of the state government and the chief minister," Sharma said. Over the last four years, Trinamul has tried repeatedly to gain a toehold in the hills and brought over some leaders of the Morcha and other hill parties. In the Assembly polls this year, Trinamul has emerged as the second largest party in the hills in terms of votes. Coupled with that was the sharp fall in the Morcha's vote margin, although it won all the hill seats. Since 2011, when Mamata was elected to power, she has paid several visits to the hills and the Dooars and has always spoken about the promotion of tourism and creation of new destinations. "The chief minister's visit to lesser known locations helped in the promotion of those areas. Also, her clear message that peace in the hills can largely benefit the local economy by harnessing tourism sector has worked," Sharma said. Political observers said the plan to project tourism and how the hills had benefited from it had been mooted to continue to gather support and prevent the Morcha from taking credit for the sector. State tourism minister Gautam Deb, who is also the Darjeeling district Trinamul president, said tourism was one of the key development tools the state used to expedite socio-economic development in the hills. "The chief minister has proved that the tourism industry can change the economic condition of any location that has the necessary potential. Whether in the hills or the Dooars, people have responded to her initiative in large numbers and have become part of the industry," Deb said. 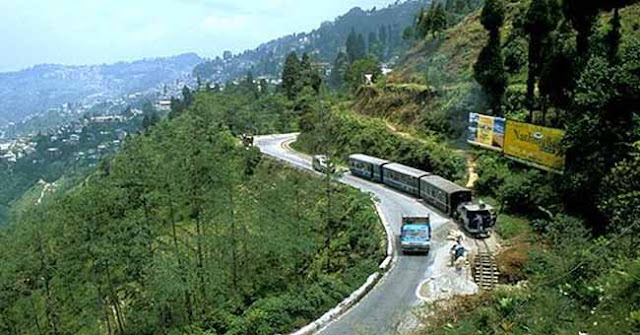