Minister Gautam Deb has said the Trinamul Congress would launch a campaign to counter mayor Asok Bhattacharya's claim that the state government was holding back funds to the Siliguri Municipal Corporation and a movement against the Left Front-run civic body's alleged failure to deliver services.

Deb, who is also the Darjeeling district Trinamul president, said the campaign and the agitation would be launched after Diwali.

"The state has been providing funds and extending all sorts of co-operation to the SMC. The north Bengal development department and the Siliguri Jalpaiguri Development Authority have implemented several infrastructure projects worth Rs 200 crore in Siliguri. Yet, those running the SMC board are trying to malign the government and raising false charges that the civic body is deprived of funds," Deb told journalists here this morning.

The Rs 200 crore projects that the minister was referring to were implemented when the SMC was under a board of administrators for eight months in 2014 and 2015.

Deb said Trinamul would start a campaign against the Left Front's "false charges" after Diwali. "We are trying to get necessary documents to drill holes in the SMC's claim and will launch an extensive campaign across Siliguri to apprise people of the funds that the state has paid to the SMC or spent in the civic area. Those papers will prove that the allegations made by members of the Left board are baseless. The campaign will start immediately after Diwali," he added.

Mayor Bhattacharya alleges that the state government and its agencies are refusing to release Rs 110 crore to the SMC.

The Left Front had held a march on Hill Cart Road on Thursday and a dharna in front of the SJDA office the following day to protest what the mayor calls the "economic blockade" of the SMC by the state government.

Deb today said Trinamul would spearhead an agitation after Diwali against the SMC's failure to ensure basic services for the people of Siliguri.

"We have decided to launch a movement against the SMC after Durga Puja and Diwali as the board has completely failed to serve common people. There is hardly any conservancy service and garbage is piling up in the streets, while drinking water supply has become irregular. Besides, the SMC is not regularly paying allowances to the beneficiaries of different social welfare schemes," said the Trinamul leader.

He inducted Raju Das, a youth Congress leader of ward 14 of the SMC and some of his associates, into Trinamul today. The decision to launch a movement against the SMC was taken within 24 hours of Nantu Paul being removed as the leader of opposition at the SMC.

Trinamul has appointed Ranjan Sarkar as the new leader of the opposition.

Paul had been removed as he had obliquely praised the mayor.

Asked if Trinamul would move a no-trust motion against the SMC board, Paul had said: "We are aware that the Left board has become a minority. However, we will not table the no-trust motion right now as a section of people in Siliguri still believes Asok Bhattacharya can bring in development. 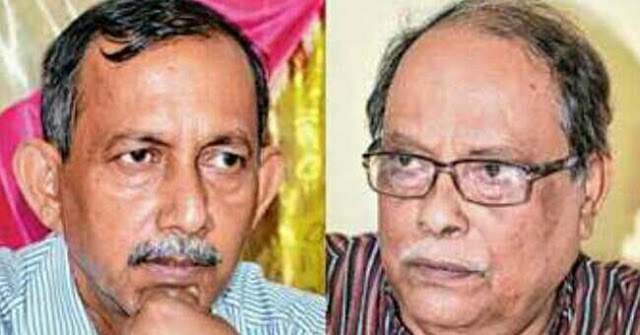