- September 12, 2016
Gorkha Janmukti Morcha chief Bimal Gurung has "requested" hill schools to conduct their annual examinations earlier than scheduled this winter, hinting that Darjeeling may witness hunger strikes and rallies.
Many schools in Darjeeling are residential and students from all over the country and neighbouring countries such as Bhutan and Nepal study and stay on the campuses.
"Please hold your exams early this year even if it is by 10-15 days. I hope a request to hold the exams early is not undemocratic. After all I have not talked about raising arms," Gurung told a meeting of school heads at Gorkha Rangamanch Bhavan yesterday while talking about the possibility of another statehood agitation.
Explaining why he was making the plea, Gurung said: "I am making this request so that it will be easy for us to work tomorrow. The students are on a relay hunger strike, this might turn into an indefinite hunger strike in Delhi. The state government might use bullets."
While Gurung has not spoken about any violent protest yet, the state government too has not said it would use ammunition against anyone.
After the meeting, several school principals, who did not want to be named for fear of being targeted, said they were worried that changing the timing leave the schools with lesser days to complete the syllabi. Also a change in the students' travel plans would be required as parents of residential school wards book plane and train tickets in advance for the holidays.
Hills schools had closed nearly for a month from July-end in 2013 after the Morcha had started its statehood agitation. Gurung had then also "requested" schools to let boarders go home. The following year, almost all residential schools saw a drop in the number of boarders.
About 15 residential schools that have over 10,000 students together are there in Darjeeling. All the schools are affiliated to the ICSE board.
The academic session in the hills starts from March and ends in November. Most ICSE schools have scheduled their annual examinations from mid-November to the end of the month. State board schools usually hold their examinations in the first week of December. By December 15, all schools and colleges in the hills shut for a two-and-a-half-month winter vacation.
"We don't have much time left, probably two months now," Gurung said at the meeting. "Unless a child cries even the mother will not know the baby is hungry. Agitation cannot be done by madal and chabrung (musical instruments). Agitation have to be created as we need Gorkhaland," the GTA chief executive said.
The Morcha chief was asked on the sidelines of the meeting if he was going back on his statement in April 2014 of not holding strikes in the hills. He said: "Hunger strikes, rallies and (general) strikes are part of a democratic movement."
Last month, Gurung had said he would resign as the chief executive of the GTA within three months and start an agitation. He cited the state government's interference in the functioning of the GTA, the autonomous hill body that is under the Morcha's control now.
Members of the Morcha's student wing have been on a relay hunger strike in the hills since August 25. The Yuva Morcha and Nari Morcha hold rallies regularly across the hills.
There are 45-odd ICSE schools apart from 774 primary schools, six junior high schools (till Class VIII), 52 junior high schools (upto Class X), 71 higher secondary schools and a dozen colleges in the hills.
One of the school heads said: "We will definitely face problems as the annual exam is already set. Parents would have to redo tickets. A lot of issues like completion of the syllabus, other events and managing holidays have to be worked out. It is not easy."
The head of another institution said: "Why can't the agitation be postponed for 15 days than the other way out. The issue is not about closing the schools 15 days early. It is about sending a wrong signal. Why would parents want to send their students when schools are being closed. The message that is being sent across is very worrisome."
The academician added: "We were only just recovering from the 2013 agitation. Every town now boasts of good school and instead of offering more to the students to attract the best, we are now asking schools to close early."
Vivek Chhetri - Telegraph 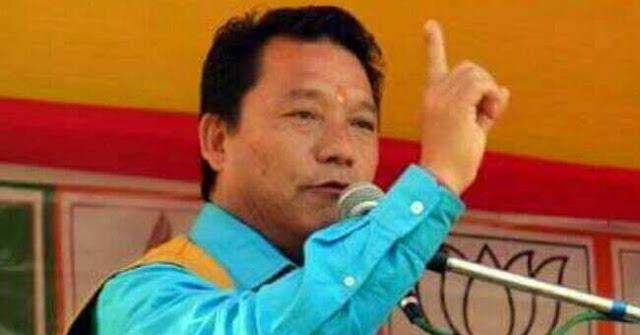