The competition required participants to use government data released for the hack over a period of 48 continuos hours to  deliver a software product that was both innovative and useful. The judges comprised of CEOs and startup gurus from different parts of the world.

He and his team mate, Sourav Shah both competed against 3500 other developers from Australia and New Zealand to reach the finale of this mega event. They were declared winners at a grand ceremony on Sept 16.

The two have now been invited by Department of Innovations to take this project forward.

Ashish has a background in Computer Engineering from SMIT. Post his graduation he worked in Bangalore for 5 years with major MNCs. He moved to Sikkim to work in a startup from his well-paying job at Honeywell (NYSE:HON).

Ashish, incidentally moved to Australia only a couple of months ago from Sikkim after 3 years of effort to get things off the ground. His projects in Sikkim include smart file tracking system using RFID for the Department of Information technology. He also taught at ICFAI and built applications for restaurants to use. The limited scope of IT for local entrepreneurs sent him on a trip to US for 5 months where he worked on his project www.mymonkeycap.com with a goal to get the entire north east online with his brother. The project is supposed to go live by Jan 2017.

Currently in his role as a senior engineer at Petsure, Australia's largest veterinary insurance company - he has already received numerous kudos for his work. 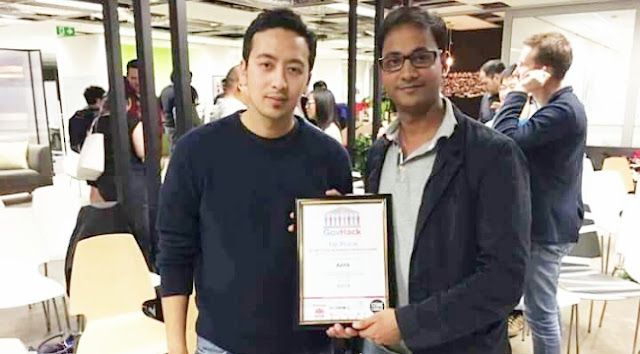