Sikkim has been adjudged as The Safest Place to work for women by the report brought together jointly by the Centre for Strategic and International Studies (CSIS), a top American think-tank, and Nathan Associates. While Sikkim adjudged Safest Place, Delhi adjudged as Worst Place for Working Women.

Tiny northeastern state of Sikkim has the best working conditions for women, while national capital Delhi fared the lowest, according to a report.

The report released by the Centre for Strategic and International Studies (CSIS), a top American think-tank, and Nathan Associates, gave Sikkim the highest possible 40 points while Delhi received just 8.5.

The states were ranked according to four primary factors -- legal restrictions on women’s working hours in factories, retail, and the IT industry; the responsiveness of the state’s criminal justice system to crimes affecting working women, such as sexual harassment; the number of women workers in the state as a percentage of total workers; and the number of incentives the state’s startup and industrial policies offer women entrepreneurs.

“But the tiny northeastern state of Sikkim is the breakthrough state for women in the workplace, thanks to its high rates of female workforce participation, lack of restrictions on women’s working hours, and high conviction rates for workforce crimes against women (albeit on a small sample size),” the report said.

Four states (Sikkim, Karnataka, Andhra Pradesh, and Tamil Nadu) have removed all restrictions on women working at night in factories, retail establishments and the IT sector, the report said.

In Karnataka, Andhra Pradesh and Tamil Nadu, these restrictions were removed as a result of a court judgment.

Maharashtra just missed a perfect score; it only allows women to work until 10pm in retail establishments.

On the other end of the spectrum, nine states and Union Territories do not formally allow women to work at night in any sector.

Fifteen states and Union Territories did not offer women entrepreneurs any special incentives in their business-promotion policies, it said.

“In something of a surprise, Delhi came last in our Index, due to its relatively low justice and workforce participation scores; its continued formal restrictions on women working at night in a wide range of sectors; and its lack of any incentives for female entrepreneurs in its industrial policies,” the report said.

India has the world’s lowest rate (24%) of female workforce participation.

This is a serious drag on growth. a 2015 report by the McKinsey Global Institute estimates that India could add 16% to its GDP in ten years if women participated in the workforce at the same rate as men.

But many states have laws limiting women’s working hours, and Indian women face harassment in the workplace and while commuting, it said. 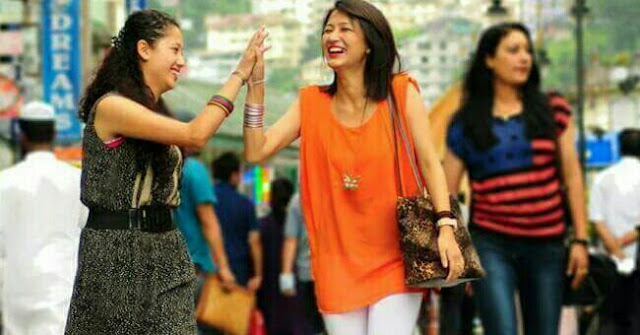