West Bengal Housing and Infrastructure Development Corporation (WBHIDCO) will inaugurate the second phase of Mother’s Wax Museum in New Town after the Puja. Chief Minister Mamata Banerjee inaugurated the only museum of its kind in the state at a function at Netaji Indoor Stadium on Nov 10, 2014.

Over a period of time, the Wax Museum has become an important tourist destination. There will be a Hollywood section where the wax statues of great stars of recent past will be kept. The visitors will be able to go to the new arena after visiting the existing museum.

Taking selfies with friends and acquaintances in the backdrop of some importance person, scenes, statues of famous persons, historical monuments or buildings has become quite popular among the youth.

There will be a zone for aliens like the characters created by famous film director Steven Spielberg in series of films like Close Encounters of the third kind or ET.

There will be a scary zone or screaming zone where a visitor can suddenly find a figure appearing beside them. There will be special light effects and the ambience will be artificially created for the zone. The visitor can also have a wax casting of their hands. 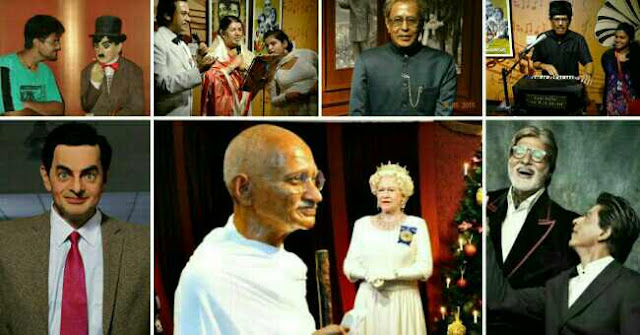