After being robbed in a running train, several passengers of Kolkata to Bihar bound Jogbani Express (13159) on Saturday morning engaged in a clash with security personnel at Malda Town station in West Bengal following a demonstration, reports said.

According to reports, few miscreants on Friday midnight attacked several passengers of Jogbani Express' S-2 coach near Rampurhat station in Birbhum district of West Bengal and allegedly robbed money, mobile phones and jewellery from them.

One of the robbers, who has been identified as Dilip Sau, was caught by passengers.

When the train reached Malda Town station, section of passengers started demonstration and forcibly stopped the train for an hour.

Following clash with the mob, police later resorted to lathicharge and detained at least four protesters to bring the situation under control.

Rail police have started investigation into the matter.

The detained suspect was handed over to the police and arrested later, officials said. 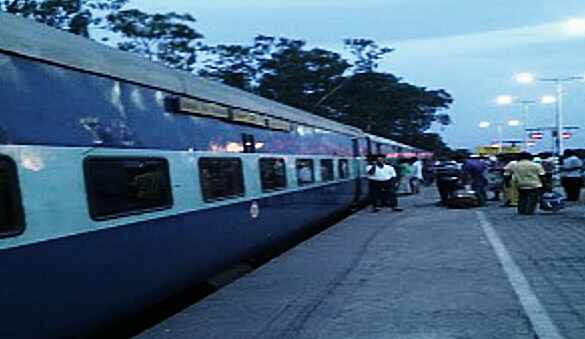