Gurung of Gorkha Janamukti Morcha made a last ditched effort to make his presence felt and give fresh air to the now dormant Gorkhaland movement by calling for a 12-hour bandh in the Darjeeling Hills on September 28. The objective of the bandh is to demand details of Rs 4,000 crore spent in hills over four years as claimed by Chief Minister Mamata Banerjee. However, Gorkha students in Kolkata feel that blockades won't help strengthen Gorkhaland movement and on the contrary would only increase distance towards Gurung. "We had faced a lot of problems during the last spate of bandhs in the hills. But everyone participated without protesting with hope that the bandhs would force Centre and Bengal government to consider our demand for separate statehood. However, Mamata Banerjee played the ethnic cards and divided the Gorkhaland movement. Now, again if bandhs are called, our people will only suffer not achieve anything," said Vandana Pradhan, a 2nd year student of commerce. Even though the students feel that Mamata's claims of development through various ethnic boards is just 'eyewash' and in sync with policy of 'divide and rule' over the hills residents, they feel bandhs will push off tourists and cause more hardships.
"Durga Puja is just a fortnight away. Bengali tourists visit the hills in large numbers during this period. Bandhs will not only affect trade and tourism in Darjeeling Hills but also in Sikkim," said Rajesh Chhetri, an arts student and a native of Kurseong. Some students feel Mamata's carefully planned social engineering coupled with development claims has snuffed the Gorkhaland momentum halt. "The recent annoucement of Kalimpong district is a long pending demand and is a shot in the arm on Jan Andolan Party (JAP), which has been demanding it. As we know JAP leader Harka Bahadur Chetri is an associate of Mamata now. These careful announcements are further isolating the GJM. Hence, this bandh call to show their presence," said Tsering, a final year commerce student and a native of Kalimpong. Mamata Banerjee on Friday, during a programme in the hills warned against the bandh call given by Bimal Gurung. "We won't let any bandhs happen in the hills. Bandhs won't aid in development of the hills," she had said while leaving space for talks with Gurung. "If you have any issues, we can talk," she said. 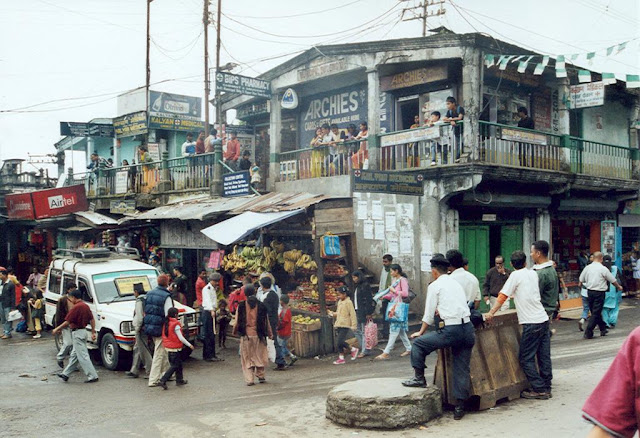