Local residents of 47 wards of Siliguri Municipal Corporation (SMC) under Darjeeling district of West Bengal are suffering from drinking water crisis from the last foure days. The local residents are going here and there in search of water. Although, the local government bodies are supplying drinking from few water tabs in the city, but the crisis has yet not been solved.
Protesting against it, Trinamool Congress (TMC) councillors staged a protest in front of Left-Front headed Siliguri Municipal Corporation (SMC) Mayor Asok Bhattacharya chamber and demanded his immediate resignation. Nantu Paul, TMC councillor said that without discussing anything, the SMC had taken this decision which mainly affects the common people of Siliguri. On the other hand, people, who were spending several hours in front of water tabs, said that they are suffering a lot due to sudden stop of drinking water supply, adding they want immediate steps to regularize the system. 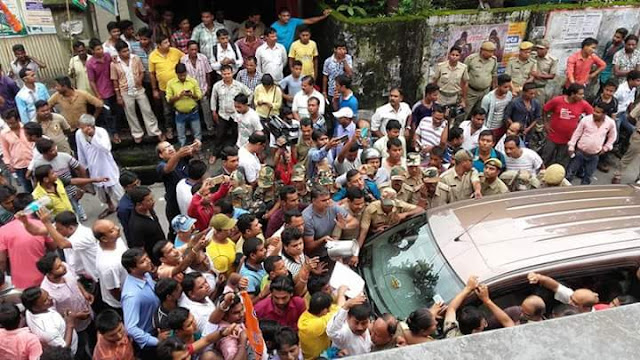 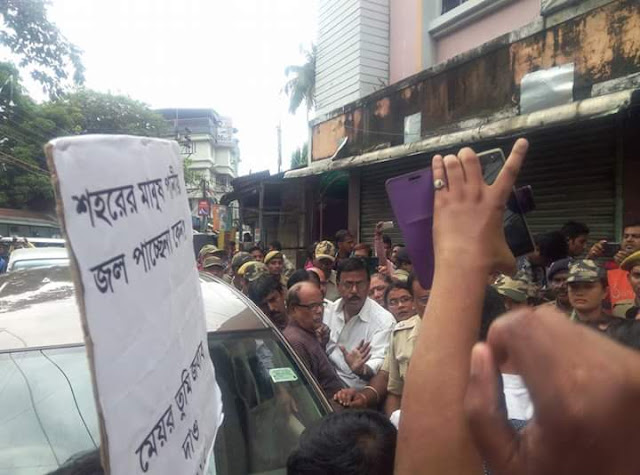