Saradha scam accused and Trinamool Congress leader Madan Mitra was on Friday granted bail by a special court over 21 months after his arrest.

Judge Uttam Kumar Nandy granted the former state transport minister bail on two sureties of Rs 15 lakh each. He was directed by the court to appear before it on November 23. The court also directed Mitra to surrender his passport to the CBI and appear before the CBI investigating officer once every week. He was further directed not to go out of Kolkata. The order came a day after Mitra’s counsel pleaded for bail submiting submitting that the TMC leader was no longer an influential person since he was neither a minister now nor was he holding any post in the party.

Mitra’s counsel also claimed that the CBI was delaying the investigation and there was no reason why should not be granted bail. The CBI counsel, however, opposed the bail saying the investigating agency was at a crucial stage of its probe into the multi-crore Saradha scam and releasing Mitra would hamper the process because the former minister was still very influential and still had access to key witnesses in the case. Mitra, who was arrested on December 12, 2014, was granted bail by a lower court last year. The TMC leader had surrendered before the court after his bail was cancelled by the Calcutta High Court on November 20 last.

Mitra was briefly admitted to a state-run hospital after he complained of chest pain and breathlessness. He was taken back to Alipore Central Jail this June after he was discharged. The party, had given Mitra ticket for this year’s Assembly elections from Kamarhati, which he had eventually lost. Investigation into the ponzi scam, which came to light in 2013, revealed that the Saradha Group had allegedly cheated investors of Rs 1,200 crore in mainly rural areas, as per an official estimate. Former Union minister Matang Sinh is among those arrested in the case, while several TMC functionaries, including Chief Minister Mamata Banerjee’s close aide Mukul Roy, have been questioned.

The CBI had taken over the investigation in June, 2014 on following an order of the Supreme Court. 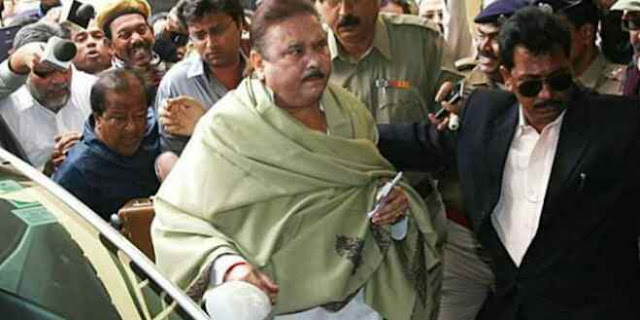