Kalimpong Girl Assaulted and Abused at Siliguri in Broad Day Light, As People Look On

In another case of disgrace and humiliation, a girl from Kalimpong was abused and beaten up by a person in Siliguri in broad day light. The case of molestation and assault also points a finger towards the indifference shown by the people when a girl was being abused and beaten up right before their eyes.

Here is the complete story, in the words of the victim herself:

“It was around 10:30 a.m. when I took an auto for Court More from Medical to attend my maths class which had to start from 11 a.m. It was a normal affair and I didn’t feel anything unusual with other co-passengers inside the auto. It was when the auto started running that I noticed a man staring at my thighs. I was wearing a pair of ripped jeans and some parts of my thigh were visible through it. I however ignored it, and thought that he would stop staring, not wanting to create a scene.

But he didn’t stop. He continued staring till we reached the Air View More, and now he started making gestures too. He was giving a strange smile while watching at my thighs. This was when he got on my nerves. Not being able to stand him anymore, I asked him what he was looking at, to which he replied that he was looking at my style. An argument followed, and he said that I was a prostitute and all the girls from the hills were the same.

This was the point where I couldn’t stand it anymore and slapped him. Unexpectedly, he slapped me back and started hitting me. I tried to fight him back while the auto was running. There were two other passengers (both male) and the driver as well in the auto, who didn’t care to even speak a word. The man continued to abuse me and he even abused my mom and the entire hill community.

Finally, he got off the auto at Sevoke More. I had taken a lot till the point and I had made up my mind that I would fight for my right and wouldn’t let him off so easily. I too got off the auto and grabbed hold of him. He turned back and started hitting me again. He continued abusing me in a loud voice in the public. He even had the guts to threaten me about rape.

The people around were good enough to watch the spectacle with great interest, yet no one had enough guts to interfere. It was after some time that a young man showed up and he charged that person for manhandling a woman, to which a few others joined him. They served him with a few slaps and the scene attracted the police officers around Sevoke More. They were quick enough to take a note of my complaint and we were taken to the Police Station at Panitanki where I filed an FIR against him”

The culprit was later identified as Sanjit Mondal, a resident of Dakshin Shantinagar of Siliguri. Thanks to the brave Samaritan who came to her rescue, and quick and helpful act of the Siliguri Metropolitan Police, the FIR was instantly filed and the culprit was arrested then and there.

This isn’t the first time that a girl from the hills has been molested in SIliguri. Stereotyping our daughters and mistaking their independence and self dependence as a lack of culture and terming them as 'prostitutes' has become a common affair.

Constraining the growth of our daughters and synonymizing their independent individuality as vulgarity and chaining them down to the ground with all specious social norms should stop immediately.

We hope that the Siliguri Metropolitan Police and law will set an example for all such people and also that the culprit does not escape the punishment he deserves.
.......................
Please SHARE...help in spreading the word till it reaches Siliguri Police Commissioner.

[File pic for representative purpose only] 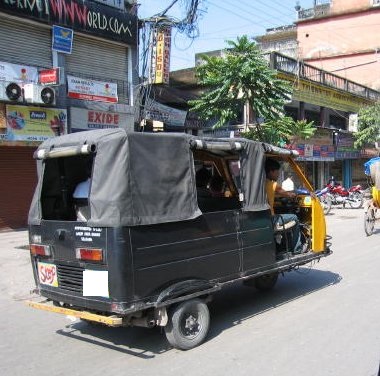