Acting on a tip off, the police on Wednesday busted an illegal firearms factory at Begampur Mondalpara area under Baruipur Police Station limits in West Bengal's South 24 Parganas district and arrested four suspects from the factory, officials said.

According to police reports, a heavy police force conducted raid in a suspicious house at Begampur and recovered a huge cache of ammunition from the factory.

A senior official of South 24 Parganas district police told IBNS, "Based on source inputs, we raided a house, where arms and ammos were being made illegally, and seized a country made firearm, 19 round cartridges, 16 round pellets, raw materials used for making firearms and cartridges, several machines and six cell phones from the factory."

"We have nabbed four persons, including factory's owner Bapi Halder, Sudarshan Mondal, Prasenjit Das and Gopal Naskar, from the house in connection with this case," the officer further said.

However, the arrested are likely to be produced to a local court on Thursday.

Earlier on Sept 7, another illegal firearms factory was busted at Rabindra Nagar Police Station area in the same district and a huge cache of ammunition was recovered from the factory. (File pic) 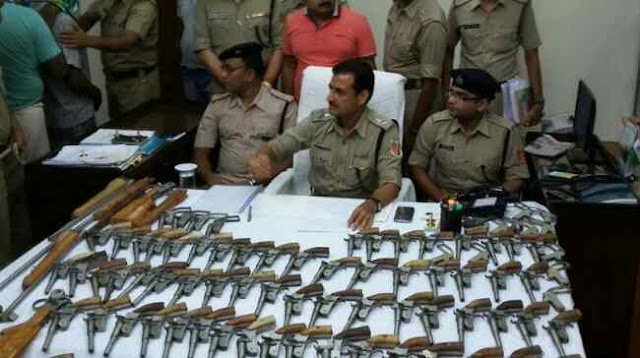