Thimphu Police, while searching a house in Changzamtog for a stash of restricted prescription drugs, ended up seizing four foreign breed canines from the same location.

On the afternoon of September 3 Thimphu police, based on a tip off, apprehended two men, aged 26 and 29, from Changzamtog.

On searching the house of the 26-year-old police found 9,362 capsules of SP and 190 tablets of N10. The seized drugs were hidden in a sealed rice bag. Police also seized two Boxer puppies, a Labrador pup and an adult Labrador from his house.

On the same day Thimphu police received information that a man was seen rubbing Marijuana plants. Police apprehended a 25-year-old man who had 12 grams of Marijuana hidden in his wallet. The suspect has been detained for investigation.

Based on a tip off, police intercepted a taxi in Olakha at around two pm and arrested all three suspects with the banned substances. 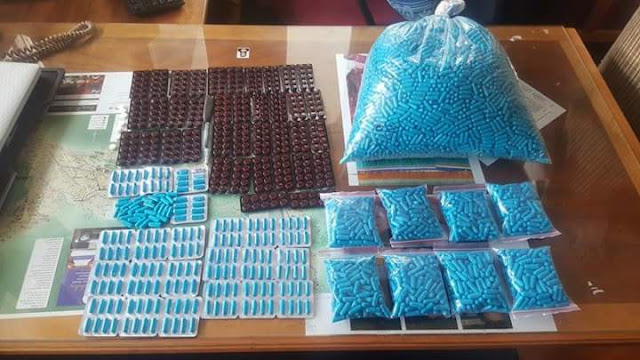