- September 08, 2016
Former Kalimpong MLA Gaulan Lepcha, ex-vice-chairman of Kalimpong municipality Dhendup Bhutia and nine others joined Trinamul in Calcutta yesterday, giving fillip to the party before the civic elections slated for later this year.
While Lepcha was a three-time GNLF MLA, Bhutia is the former secretary of the Gorkha Janmukti Morcha's Minority Forum. Lepcha had been lying low after quitting the GNLF and joining the Morcha in August 2010. Bhutia, on the other hand, had quit the Morcha last month. Others who joined Trinamul were also associated with the Morcha at some point of time. All of them were welcomed to the party by minister Aroop Biswas.
Speaking on behalf of the 11, Bhutia said they had decided to join Trinamul after receiving assurances from the party to work in the interest of the people of Kalimpong. "We have submitted a five-point memorandum highlighting issues of concern for Kalimpong and have sought the direct intervention of chief minister Mamata Banerjee in addressing them," he said over the phone from Calcutta.
Their demands include opening of the Jelep La trade route, overhauling the water and sewerage systems in Kalimpong town, better management of traffic and promotion of sports in the subdivision.
"Opening of the trade route between India and Tibet that was closed following the Chinese aggression in 1962 will hugely benefit Kalimpong. The water and sewerage systems are outdated and need an overhaul. All clubs in the Kalimpong subdivision should be tied up with the North Bengal Sports Council headed by Bhaichung Bhutia in order to facilitate sporting activities and steps must be taken to ease traffic congestion in Kalimpong town," he said.
Bhutia said they would hold further discussions with the Trinamul chief when she visits Kalimpong later this month.
The chief minister is scheduled to come here on September 20 to attend, among others, programmes to be organised by the Lepcha and Tamang development boards.
Rajeev Ravidas
Telegraph 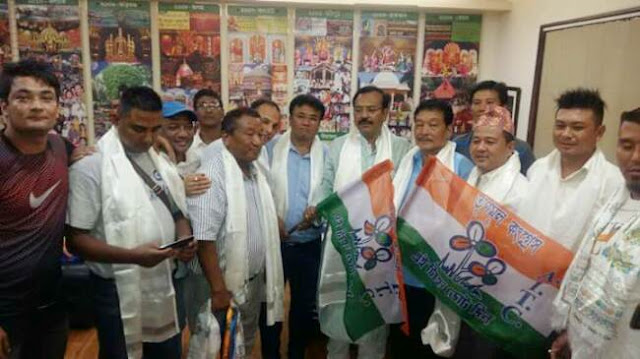